Your mom probably told you not to stare directly at the sun, but images like this one are hard to... 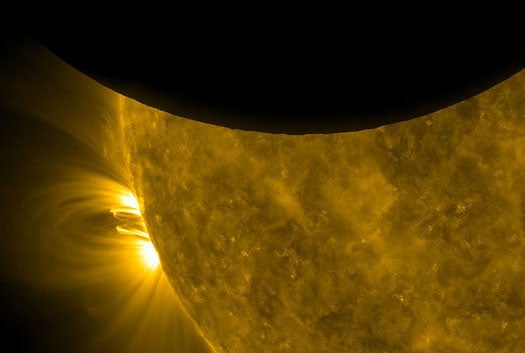 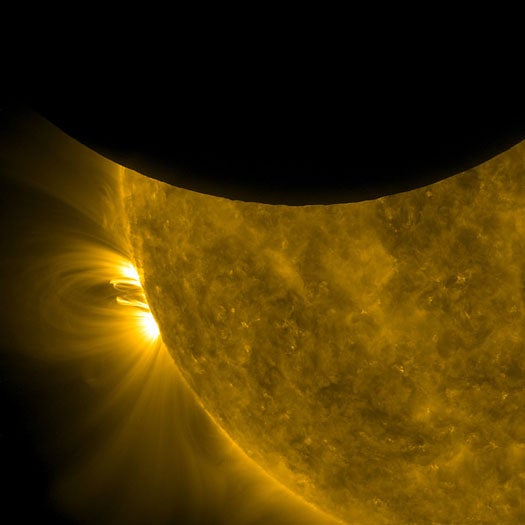 Your mom probably told you not to stare directly at the sun, but images like this one are hard to ignore. Captured by NASA’s Solar Dynamics Observatory (SDO) back on October 7, the image shows the moon passing between the observatory and the sun, marking the first time SDO has witnessed a lunar transit.

From its position in geosynchronous orbit, the SDO keeps a steady eye on the sun, observing solar variations and the space weather they spawn impact conditions on Earth. In this case, SDO was observing the sun in a high ultraviolet wavelength, hence the electric yellow hue. Though the images of the partial solar eclipse are beautiful, they also have an important research function. Having an object pass in front of the sun like that provides researchers on the ground with information about the characteristics of the instruments aboard SDO. That helps them to correct any problems with the observatory and improves the quality of the data SDO gathers.

As if the still image wasn’t enough, SDO researchers also strung together the video clip below for your viewing pleasure. Just don’t stare at it too long; you might go blind.