It was disconcerting last month when industry officials reported that China had halted shipments of rare earth elements to Japan.... 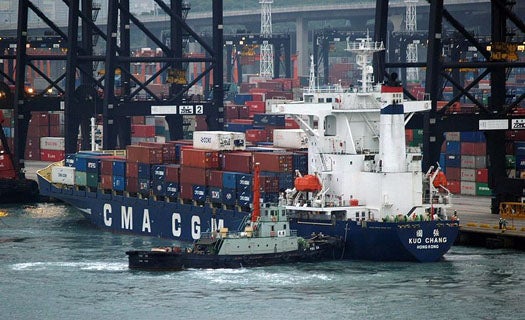 Though Chinese officials deny it, sources in the industry say Chinese exports of critical rare earth elements bound for the U.S. and Europe are being held up by customs officials in China. Pete via Wikimedia
SHARE

It was disconcerting last month when industry officials reported that China had halted shipments of rare earth elements to Japan. Now, if reports in the New York Times are true, it seems the secret embargo has widened to include the U.S. and Europe. Anonymous officials claim that Chinese customs officials quietly imposed the export restrictions on Monday morning, just hours after a top Chinese trade official denounced U.S. trade actions.

Needless to say, this is a disturbing trend. The alleged halting of shipments to Japan came on the heels of an international tussle over a Chinese fisherman who was detained after running into a couple of Japanese Coast Guard vessels in Japanese waters that China has long contested. Now the rumblings of this unspoken embargo on shipments to the West follow a round of intense political sparring and finger-pointing over trade and currency issues between the U.S. and China last week.

U.S. officials are looking into the Times’ report as part of a larger investigation of Chinese trade policies that could be in violation of WTO rules, and have not yet taken a position on the matter. But it all points toward a rising display of Chinese economic nationalism, and while Beijing denies that it is using it’s economic muscle to push other nations around, it also denies that it has suspended shipments to Japan over the last month even though that suspension has been widely confirmed by the industry.

It leaves the West in something of a political and economic pickle; a strong stance sends the signal that Western economies won’t be bullied, but it also might mean its supply of rare earths could dry up. Economically, that would be disastrous.

The seventeen rare earths – elements like neodymium, dysprosium, and cerium – are crucial for the manufacturing of just about everything a modern economy relies upon, from catalytic converters on cars to portable electronics to computer monitors to advanced weapons systems. They are not exactly rare but China has a lock on the export of refined rare earths, producing between 95 percent and 97 percent of the world’s supply, depending on whose estimate you believe. Without them, much industry in the West would grind to a halt.

Many Western companies hold small stockpiles of the elements most critical to their operation, but a sustained break in the supply chain would be devastating. U.S. industry is already looking into re-opening old mines and locating new deposits, but officials estimate it would take 3-5 years for them to reach full production. A recent report by the U.S. Government Accountability Office suggests that setting up an independent U.S. supply chain of rare earths would take fifteen years.