Space technology is about to make your visit to the dentist a little more comfortable. The same production technology that... 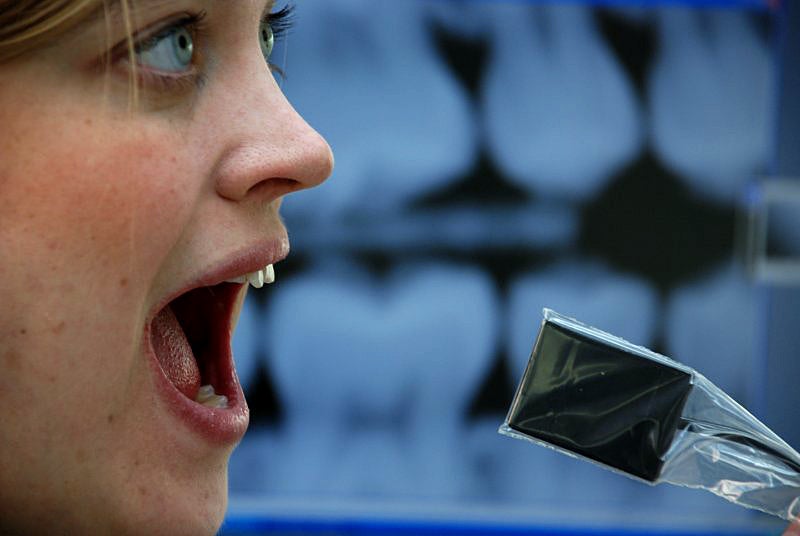 Space technology is about to make your visit to the dentist a little more comfortable. The same production technology that made the world’s tiniest rocket motor will be used to shrink those unwieldy plastic squares the dentist sticks in your mouth during an X-ray.

The technique uses a tiny scintillator to convert X-ray energy into visible light, which provides much more detail and higher contrast. A Swedish firm called Scint-X used structured silicon to make the scintillator, aiming to improve its resolution.

Scintillators produce light by activating an alkali halide crystal — like table salt, or in this case, cesium iodide — and adding a slight chemical impurity. Reactions then occur at atomic scales and produce light through the emission of electrons (the photoelectric effect). A CCD imager or another device captures that light.

Resolution has been a problem in previous scintillators, however. Scint-X produced their scintillator in structured silicon, and asked the Swedish firm Nanospace to make it in their high-precision facility.

Nanospace made a matrix in the silicon by etching narrow channels and then filling them with a cesium iodide scintillator material, made impure by the addition of thallium. When X-rays enter the channels, they are converted into green light, as the Engineer explains. The light is reflected off the channel walls and then picked up by a CCD chip.

The camera’s resolution is better than five microns, according to the ESA. Even better, the X-ray unit inserted into a dental patient’s mouth is much thinner than existing models, and thus more comfortable.

Incidentally, Nanospace has already used this production method to cut the world’s smallest rocket motor from silicon wafers. The Swedish Prisma satellite, which measures just 2 inches by 1.7 inches, is a complete micro-propulsion system, according to the ESA. It launched in June.

Nanospace is working with the European Space Agency to provide miniaturized thrusters for future spacecraft. The scintillator camera will also be used to study the melting and solidification of metals in space, according to Scint-X.