You know those lizards that spray blood from their eyes as a defense mechanism? This Dutch McDonald’s is pretty much... 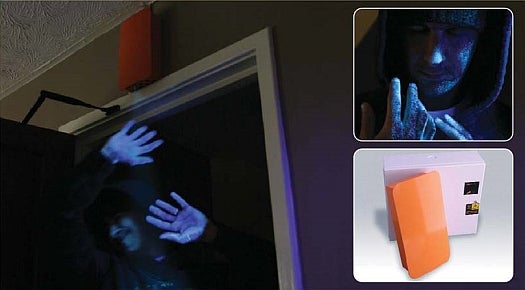 You know those lizards that spray blood from their eyes as a defense mechanism? This Dutch McDonald’s is pretty much like that, only replace “blood” with “synthetic DNA visible under ultraviolet light.”

After a burglary a few years back, a Rotterdam McDonald’s (described as “rough-and-tumble” by the New York Times, which isn’t really that surprising) installed a new security system that relies on a combination of dumb criminals, buzzwords, and advanced biochemical synthetics–a potent combination indeed. Created by two brothers (one a policeman and one a chemist), the mist is made of an odorless and colorless synthetic DNA that is in large part identical to human DNA.

DNA security isn’t without precedent; the ability of DNA to carry an ultra-specific identification makes it a powerful tool to pick out specific crooks responsible for specific crimes. But in the case of a McDonald’s, it’s not so much about the spray’s effectiveness (though it is effective) as the preventative power of the word “DNA.”

According to both the McDonald’s reps and the distributor of the spray, just the sight of “DNA” on an anti-burglar sign is often a strong preventative measure. Criminals, say these folks, readily make the connection between “DNA” and “getting caught for your crimes,” even though in this case the DNA is no more or less effective than, say, ultraviolet ink. Says the distributor about DNA (which it also sells in grease form), “No one really knows what it is. No one really knows how it works.” Hence the sign on the front door reading “You Steal, You’re Marked” (though it’s worth noting that a patron of the restaurant, when asked, said she did not notice said sign).

This McDonald’s has a small orange box near the exit, which when triggered by an employee both sprays the culprit with synthetic DNA and alerts the local police. It hasn’t been needed since its installation, although it has been accidentally triggered “many times,” so perhaps the scare tactic is working.