High-Speed Rail Creeps Forward, With $2.4 Billion in Federal Funding Given to Projects in 23 States 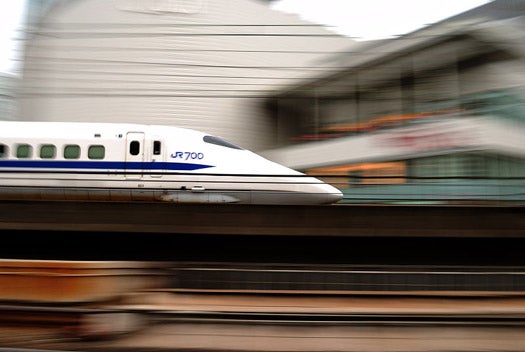 The push for high-speed rail in America is picking up speed — it’s just happening really, really slowly. Yesterday, efforts to connect American cities with new high-speed passenger rail links received a shot in the arm to the tune of $2.4 billion in federal funding for 54 projects in 23 states. And while it’s not even close to enough to push America’s rail system toward the modern railways linking Asian and European cities, it is a baby step in the right direction. Who knows, we might even see some high-speed-rail dollars actually go toward laying some high-speed track.

$2.4 billion is a significant amount of money, but when you place it in the context of 54 projects across 23 states it becomes a rather less princely sum. Keep in mind, our last investment in high-speed rail, from the stimulus act, totaled $8 billion. But there are some significant investments in this bill buried among the interminable feasibility studies and development plans that should lead to some shovel-ready (yeah, we said it) rail projects laying down some actual track.

For instance, California – a state that is so delightfully progressive that it has both an actual plan for high-speed rail and none of the fiscal responsibility required to invest in it – received more than $905 million for new high-speed lines in the Central Valley, lines that will hopefully become part of a larger vision for a Sacramento to San Diego line linking the state north to south. Another $800 million went toward construction of a Tampa-Orlando corridor.

In the Midwest, Michigan received $161 million for a high-speed link connecting Detroit to Chicago via Kalamazoo, and Iowa received $230 million for a new intercity rail link from Iowa City to Chicago through the Quad Cities. The latter won’t technically be high speed, but it’s part of the larger effort to put Chicago at center of a massive Midwest rail hub blending high-speed with slower intercity rail. And at 79 miles per hour, the Iowa City link won’t crawl along either.

Why did these projects get the lion’s share of the investment when 132 applications from 32 states sought $8.8 billion? Because they have mature plans investing in actual rail construction. The balance of the $2.4 billion will go to various projects seeking to plan high-speed corridors, improve existing service, and otherwise figure out how to align politics at the state and local level to get this done.

However frustrating it may be to watch China continue to break rail speed records when America can’t even seem to break ground, it is encouraging that so many applications poured in seeking three times the funding that was available. More than 30 companies have agreed to establish or expand their U.S. operations if they are hired to help build American high-speed rail. That’s job creation, America.