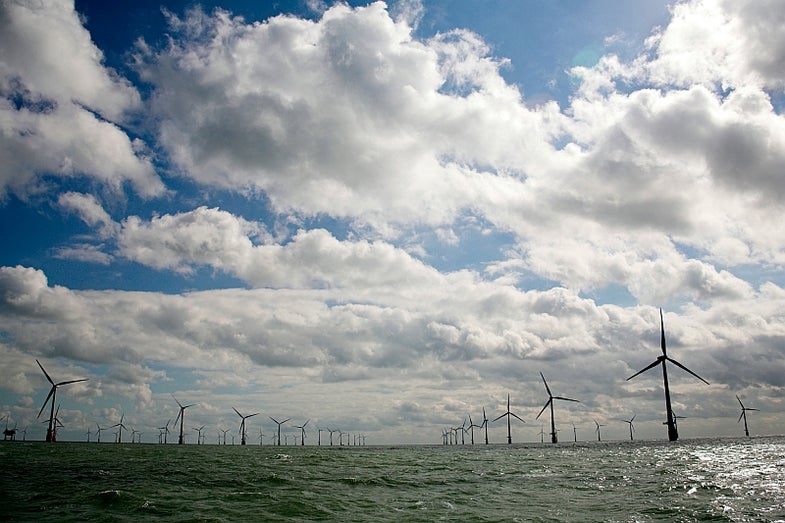 Seven miles off the coast of Kent, 100 380-foot turbines, spanning 22 square miles and representing two years of construction, have begun to power Britain. Bearing a price tag of 780 million pounds, this is the world’s largest offshore wind farm.

With the opening of this farm, Britain’s capacity to produce wind power will increase by 30 percent. At full capacity, the farm is projected to power 200,000 homes, bringing the nation one step closer to its goal of producing 15 percent of its energy from renewable sources by 2020. Currently it produces 3 percent.

Additional turbines will be added over a four-year period, bringing the planned total for the farm to 341. But with other projects in the works, the farm may not be the world’s largest for long.