A new flexible mesh can envelop airplanes, cars and other devices in a spidery cloak of sensors, designed to act... 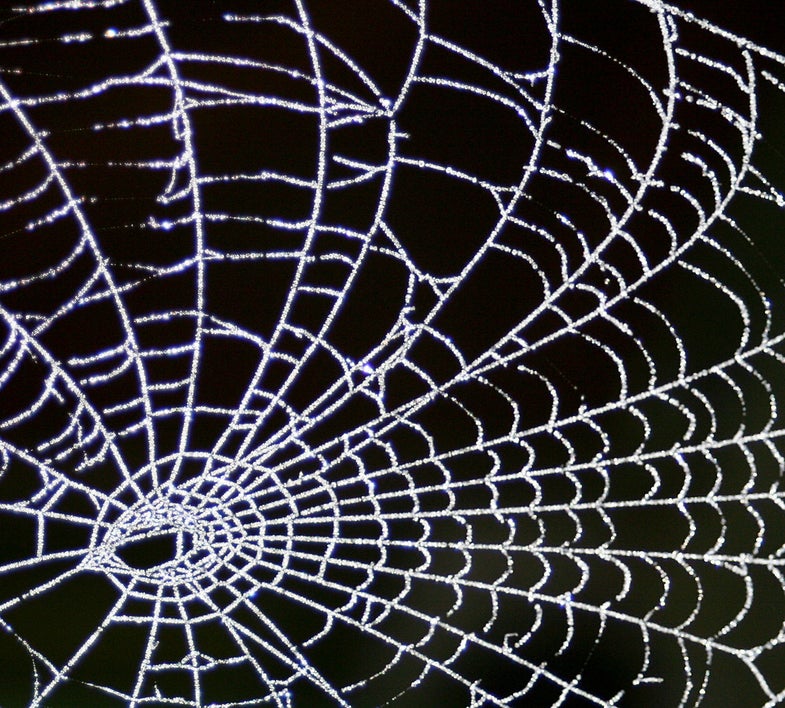 A new flexible mesh can envelop airplanes, cars and other devices in a spidery cloak of sensors, designed to act as a network of nerves warning a machine of stress and damage.

Taking a cue from super-thin, super-strong spiderwebs, Stanford researchers designed a matrix of sensors that can wrap around an aircraft or other piece of machinery. The sensors can connect to a computer, warning a pilot or driver about any cracks or strains in the machine before they cause serious damage or injury.

Stanford scientist Fu-Kuo Chang explains that the mesh is intended to give airplanes a sensory mechanism like that of birds. Using radar and communications, airplanes can see and hear, but they can’t feel, he says — unlike a bird, which would feel pain, a plane would not be able to detect strain on its joints during an aerobatic dive.

The mesh involves a system of lightweight gold sensors placed on a plastic polymer sheet, as Discovery News explains. The sheet can stretch and expand to more than 265 times its normal size, causing the material to resemble a giant spiderweb. Chang says one square foot of the material could stretch far enough cover an entire car.

The material could be used for a wide range of purposes, including synthetic robot skin, smart wound dressings or even clothing for pregnant women that would allow them to see their unborn children.