DARPA, the DoD’s blue-sky research arm, was hatched in the late 1950s as a precursor to NASA with the express... 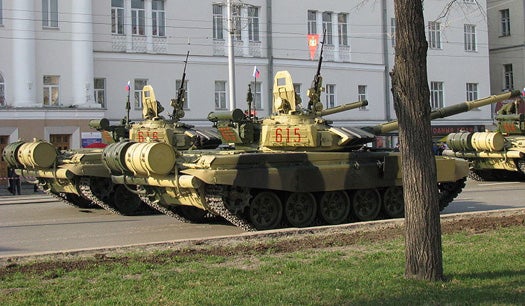 DARPA, the DoD’s blue-sky research arm, was hatched in the late 1950s as a precursor to NASA with the express directives of establishing rocket tech dominance over the Soviets and beating them into space. Things are a bit different these days – we now have NASA and we no longer have the USSR – but apparently someone out east took a shining to the DARPA model. Russia announced today that it will be fielding its own DARPA-like agency to develop innovative military technology from the ground up.

The initiative grows out of the fact that Russia’s modern military is mostly based on upgrading Soviet-era technology, a model that’s increasingly unsustainable the longer it persists. But while that might raise the eyebrows of some hawks who fear a Russian military resurgence, it also is an extension of President Dmitry Medvedev’s push to diversify Russia’s economy away from oil and gas and into technology.

Let’s not forget that while DARPA has provided the U.S. with battlefield tech unrivaled throughout the world, it also gave us the bedrock of our space program, myriad medical technologies, and, not least of all, the Internet. In the meantime, it has dumped millions upon million of dollars into private industries large and small to drive the development of innovative, game-changing technologies. Alone, DARPA drives a small, un-bureaucratic economy that spans the defense, science, and technology sectors. In short, DARPA lets innovation run free, and that should be encouraged the world over.

And what if Russia’s DARPA analog begins developing military technologies that rival the technological superiority of our own? Well, DARPA has some experience in winning that kind of race as well.