Mobile Indoor Positioning is Coming, But Incompatible Standards Stand in the Way

Our GPS-wielding smartphones have made it somewhat difficult to get lost, say, on the way to the museum. But if... 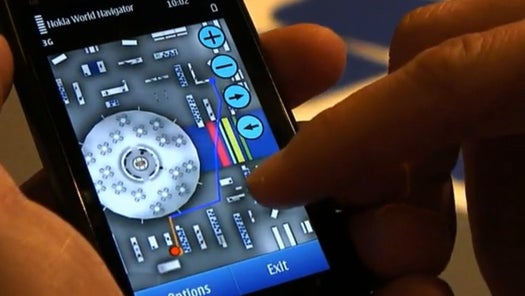 Our GPS-wielding smartphones have made it somewhat difficult to get lost, say, on the way to the museum. But if you’re waiting for the day your phone will also help you navigate to a specific painting once you’re inside, you might be waiting a while. The technology exists, but no single version is perfect. And a lack of a standout Indoor Positioning Systems (IPS) technology means there is no broad agreement on which technology should become the new standard.

Several IPS technologies have been unveiled over recent weeks and months, and like GPS they rely heavily on radio signals. But radio signals aren’t well suited for location sensing indoors – architectural features and modern construction materials distort radio waves at every bend and turn, literally.

There are two prevailing philosophies in IPS development, neither of which solves that problem. Received signal strength (RSS) requires devices to know the strength of a radio signal at its origin, measuring the signal’s drop in intensity by the time it reaches the receiver to figure distance. Using two or more signals, devices can triangulate their positions. The other tech – time of arrival, or ToA – does roughly the same thing but instead reads time stamps embedded in signals to calculate distance from a transmitter, much as GPS does.

What does IPS currently look like? BMW recently unveiled a system that taps cars’ inertial sensors in tandem with an app to help drivers locate cars in parking garages. Last week Nokia showed off an RSS technology that tracked employees around a convention floor via radio signal triangulation. Similar systems are under development at various other firms, all using their own twists on the tech. The military seems more interested in ToA approaches – one such scheme developed by an Australian firm is locked to the GPS atomic clock, conveniently enough, and has drawn interest from the U.S. Air Force.

But none of these presents a perfect solution, and skeptics think none of them will without making smarter use of the phone’s own internal hardware – gyros and accelerometers that can also help define a device’s position by, say, estimating how far and in what direction you’ve traveled from the front door. Until that happens, you’re stuck with your paper museum maps and a phone that’s not quite as smart indoors as it is outside.