A couple of math geeks recently calculated that the discovery of the first “habitable” exoplanet would be announced in May... 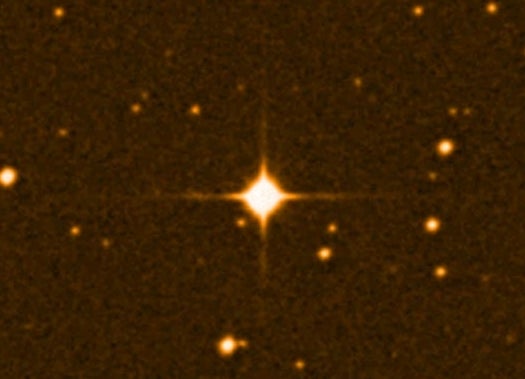 A couple of math geeks recently calculated that the discovery of the first “habitable” exoplanet would be announced in May of next year — but a few stargazers from UC Santa Cruz and their colleagues simply couldn’t wait that long. In a paper published in the Astrophysical Journal, the astronomers report the discovery of what may be the first truly habitable earth-like exoplanet orbiting the nearby red dwarf star Gliese 581.

Discovered via the Keck Observatory in Hawaii, the researchers claim their candidate planet is about three times the mass of Earth and orbiting smack in the middle of the “habitable zone,” or at the right distance for liquid water to be present on the surface (that is, not too hot and not too cold). Its mass also suggests it is a rocky planet with a solid surface and enough gravity to maintain an atmosphere.

The planet is tidally locked into orbit around the Gliese 581, which means the same side always faces the star, keeping one side in perpetual daylight and the other in darkness. If indeed Gliese 581g, as the planet is known, is habitable for humans, it would probably best sustain life right along the border between darkness and light.

The discovery, of course, leaves plenty of questions to be answered about Gliese 581g. First of all, “habitable zones” are a bit of a grey area in exoplanet astronomy, and some scientists think there are too many variables at play to even consider a certain distance or range of distance “habitable.” Further, the findings are very preliminary and a lot more observation will be necessary before astronomers really know what they are looking at.

But the fact that researchers have found another similarly-sized, potentially similarly-surfaced planet so close to Earth – Gliese 581 is only 20 light years away – in both composition and distance would suggest that such planets aren’t rare in the galaxy. That raises hopes that as the exoplanet search extends outward that we’ll find even more potentially life-harboring rocks out there.