As Congress adjourns there’s still plenty left for them to argue about, but NASA’s mission going forward isn’t one of... 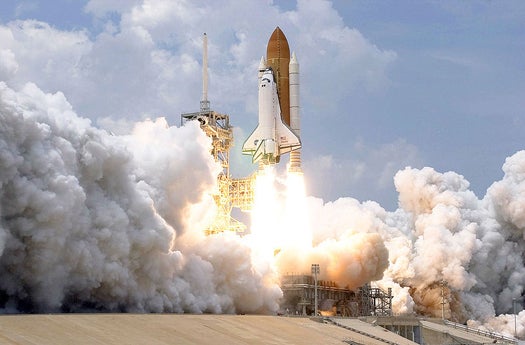 As Congress adjourns there’s still plenty left for them to argue about, but NASA’s mission going forward isn’t one of them. The House of Representatives passed a NASA authorization bill late last night, outlining the budget – $19 billion in 2011 and $58 billion through 2013 – and goals for the space agency going forward. On deck: increased commercial space investment, a new heavy-lift rocket, and a focus on future deep space missions to an asteroid or even Mars.

The bill was also the final nail in the coffin of the Constellation program, which was already effectively dead anyhow. But remnants of the program will live on as NASA retools its mission to tackle the challenges of the new century, most essentially an extension of manned exploration to regions of space beyond the moon.

Perhaps the most important philosophical shift represented in the bill is the eventual transition of low-earth-orbit activities to the hands of private space enterprises. The bill sets aside $1.3 billion over the next three years for investment in commercial spacecraft that will eventually become the workhorses for transporting personnel and materials into LEO.

The bill also officially extends NASA’s role at the International Space station through at least 2020 and adds one more Space Shuttle flight to the two already scheduled before the program is retired next year. The new final mission will likely fly around June of next year aboard the shuttle Atlantis. It’s not yet clear exactly when commercial space carriers will be able to take over cargo and personnel flights to the ISS, and in the meantime the U.S. will pay the Russian space agency to ferry goods and people to the space station and back.

The bill embraces many aspects of the space plan President Obama unveiled in February – enhanced commercial spaceflight investment and a goal to put a man on an asteroid by 2025 – but in some respects it attacks the plan more aggressively, a welcome signal from Congress that it is serious about maintaining NASA’s status as the global leader in space travel. Under the bill, NASA will begin work on a new heavy-lift rocket next year, four years ahead of the President’s proposed schedule.