The theoretical energy ceiling for lasers is approaching 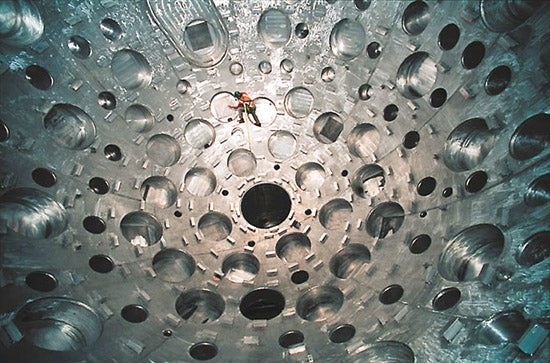 That finite limit on how intense a laser can get is hypothesized to exist because, at sufficiently high energies, matter can be created out of light.

When a high-powered laser fires, causing photons to impact electrons at a tremendous velocity, it is possible for matter — a positron-electron pair — to be created by the impact, as was demonstrated in a Stanford experiment in 1997. When such matter is created with a sufficiently high energy, it in turn can emit photons that move fast enough that they create their own matter. This cascade effect can have as much energy as the laser itself does, and result in the destruction of the laser.

It is predicted that the effect will be visible in the ELI project and other lasers currently being built.