Very few of us know exactly what it feels like to return to Earth’s gravity after a long stay in... 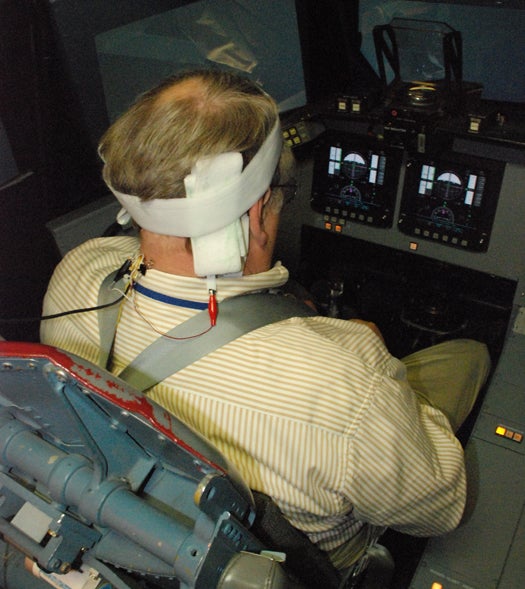 Very few of us know exactly what it feels like to return to Earth’s gravity after a long stay in microgravity, but a new system developed by the National Space Biomedical Research Institute can safely induce the mobility and sensory problems that accompany a return from space, unpleasant though they may be. The Galvanic Vestibular Stimulator (GVS) delivers electrical pulses to the nervous system, triggering the vision problems, confusion, and balance issues that often set in right about the time a Space Shuttle pilot is attempting to land his aircraft.

The GVS uses electrodes attached behind the ear to send short shocks of electricity to the vestibular nerve, producing the sensory and motor disconnects that often plague astronauts as they come back to Earth’s gravity. GVS itself isn’t new, but the new system is both portable and more comfortable for users. Moreover, the developers have put it through a battery of tests that have not only exhibited its viability of using it as an analog for astronauts’ return to gravity but helped those administering GVS create better simulations.

Considering 20 percent of shuttle landings fall outside the optimal performance range for factors like touchdown speed, GVS could become a regular tool for training pilots on how to deal with the rude awakening their bodies and brains receive upon reentry.

GVS could also help astronauts deal train for other more future-oriented space maneuvers (yes, we know the shuttle is nearing its expiration date). GVS simulations could help future planetary explorers deal with a scenario like landing on Mars after an extended spaceflight the likes of which current astronauts never undergo. In the more immediate term, it could help train jet aircraft pilots here on earth.