The U.S. army has enjoyed a long and incendiary relationship with TNT, but the explosive that has provided the pop... 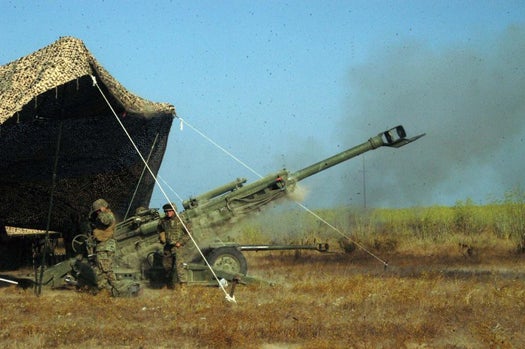 The U.S. army has enjoyed a long and incendiary relationship with TNT, but the explosive that has provided the pop in everything from artillery shells to demolition munitions could be on its way out. The Army has approved a safer, more stable alternative to replace the TNT in 155-millimeter artillery shells, and engineers at Picatinny Arsenal where it was tested say it could completely replace TNT in Army and Marine munitions within a decade.

The new explosive, IMX-101 (for Insensitive Munitions Explosive 101) is just as powerful as TNT, but brings a lot less risk to the table. Researchers at Picatinny Arsenal found that during loading, storage, and transport, the IMX-101 remained far more stable than traditional TNT, which can be highly temperamental. BAE Systems, maker of the new explosive, designed it to remain chemically stable when subjected to shocks like those created by explosions (with RPGs and IEDs in mind), fire, impact by shrapnel, and gunfire.

IMX-101 costs more than TNT, but the more the military buys the cheaper it gets, and that economies of scale may further accelerate its adoption in other large-caliber munitions. Having a less volatile explosive means the military can store more of the stuff in one place and transport more of it in any given vehicle than they could previously. That cuts down on supply chain problems and logistical headaches, not to mention the vulnerability of convoys delivering the goods in combat zones.