Are We in the Future Yet? A Robot Astronaut Is Tweeting 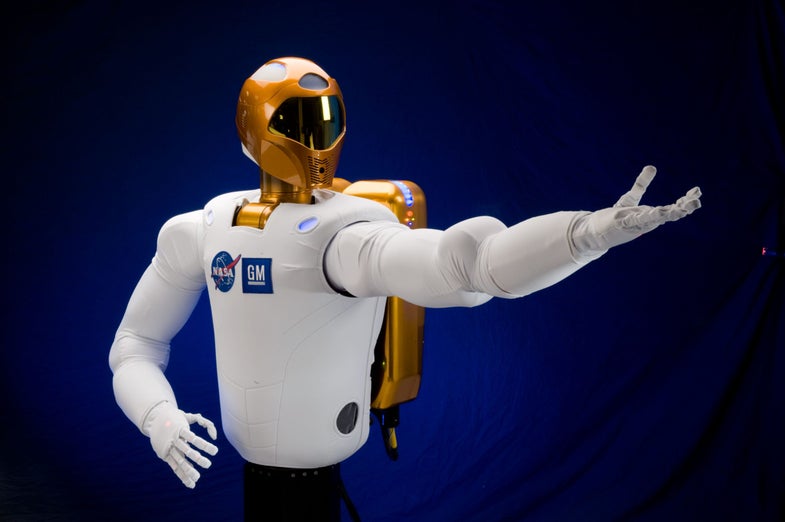 R2 was developed through a Space Act Agreement by NASA and General Motors. It is faster, more dexterous and more technologically advanced than its predecessors and able to use its hands to do work beyond the scope of previously introduced humanoid robots. NASA
SHARE

Robonaut-2, NASA’s robot astronaut, now has a Twitter account. Indeed, the space-bound humanoid machine is taking questions from humans, tagged #4R2 on Twitter, and will be posting its answers tomorrow morning.

The robot is scheduled to be launched in November.