The Pentagon wants a U.S. fighting force with global reach, ready to deploy anywhere at any time and operate at... 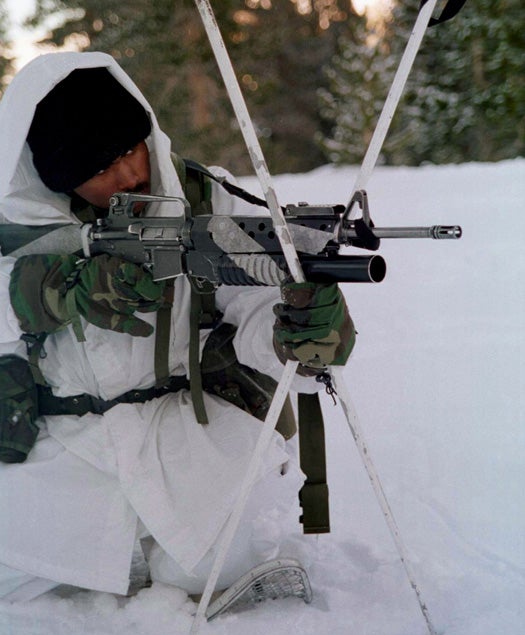 The Pentagon wants a U.S. fighting force with global reach, ready to deploy anywhere at any time and operate at full capacity. But while keeping our troops in shape and our powder dry are relatively easy tasks, environmental variables are out of our fighting force’s hands. As such, DARPA has awarded $4.7 million to researchers to come up with inhalable drugs that eliminate the negative impacts of high altitude on soldiers by helping their bodies to rapidly acclimate.

The thinner air at high altitudes leads to a lack of oxygen in the blood and in tissues (think about how some players appear to lose a step when playing the Denver Broncos at home). That lack of oxygen, known as hypoxia, causes some nasty ill-effects, not least of which are fatigue and nausea. If you’re a commander that has just inserted fresh troops into a high-altitude hot zone, the last thing you want to hear is that they are immediately tired and sick.

The body adjusts to these lower oxygen levels naturally, but that can take days. Researchers at Case Western Reserve School of Medicine, recipients of aforementioned $4.7 million, are tasked with creating inhalable drugs that can trim that acclimation time down to just minutes. By increasing the amount of nitric oxide – a natural compound released by red blood cells to dilate blood vessels – in the bloodstream, the drugs should be able to trick the body into delivering more oxygen to tissues so the high-altitude shock is numbed.

The timetable is as ambitious as the undertaking; in three years, DARPA wants animals and humans demonstrating greater physical ease in high-altitude environments. The researchers have already applied for FDA approval to try the stuff in humans.

Which is good for those of us who love the great outdoors but tend to be sidelined by alpine conditions. Like all great DARPA tech, this one will hopefully roll downhill to commercial partners, meaning soon enough there will be no excuse for ski vacations or hiking trips to be cut short by altitude sickness.