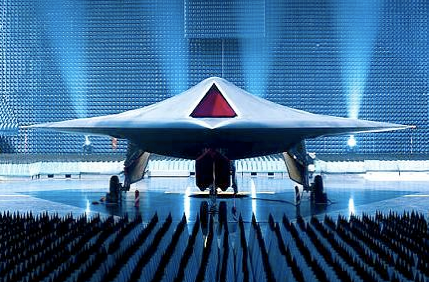 A British unmanned combat aircraft unveiled Monday could become the first autonomous plane to strike targets at long range, even on another continent. Named Taranis, for the Celtic god of thunder, the prototype aircraft will test the possibility of a long-distance striker controlled by ground crews, the Ministry of Defence says.

This Taranis prototype won’t ever go into service, but will prove technologies and concepts for future aircraft, BBC reports.

Existing unmanned weaponized aircraft, like Predator drones that carry Hellfire missiles, are only usable in allied-controlled airspace, BBC notes. Taranis is a stealth vehicle that would be able to penetrate enemy airspace.

Taranis took three and a half years to build, including more than a million man-hours, according to BAE Systems, which built the plane along with Rolls Royce, QinetiQ, and GE Aviation. The first test flights will take place next year, the defense ministry said.

Taranis involves computer programs that will allow the aircraft to “think” for itself, but the defense ministry sought to allay fears that weaponized UAVs would run amok: “Should such systems enter into service, they will at all times be under the control of highly trained military crews on the ground,” it said in a statement.