The European Space Agency’s Rosetta mission is poised for a flyby of asteroid 21 Lutetia, the largest asteroid to ever... 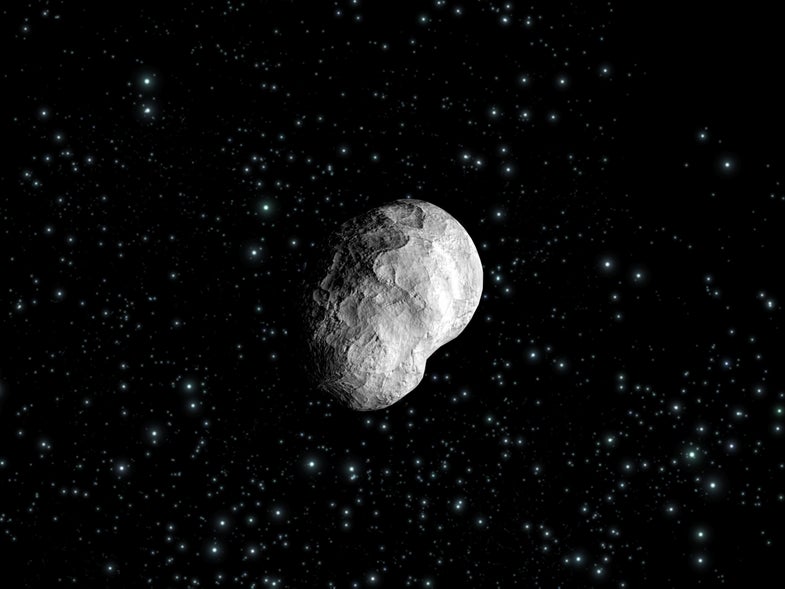 The European Space Agency’s Rosetta mission is poised for a flyby of asteroid 21 Lutetia, the largest asteroid to ever be visited by a spacecraft. On Saturday, July 10, Rosetta will skim past Lutetia at a speed of about 33,000 miles per hour, coming to within 1,965 miles of the asteroid.

Researchers and engineers at ESA and about two dozen European and U.S. institutes and universities have been preparing for the flyby for several months, working on a series of commands that will enable onboard instruments to autonomously conduct observations as the spacecraft passes the asteroid. The OSIRIS (Optical, Spectroscopic, and Infrared Remote Imaging System) camera, operated by Germany’s Max Planck Institute, will capture visible-spectrum images at Rosetta’s closest approach. About four hours before the approach, mission controllers at ESA’s European Space Operations Centre will flip Rosetta over into its Asteroid Fly-by Mode, which keeps the spacecraft oriented in the imaging instruments’ field of view.

The flyby will be the second of two close asteroid encounters scheduled for Rosetta, which began its journey in 2004. The first was a flyby of 2867 Steins, a much smaller asteroid than 21 Lutetia, on August 4, 2008. In 2014, Rosetta will undertake its primary mission of orbiting and exploring Comet 67P/Churyumov-Gerasimenko. The spacecraft’s small lander Philae will touch down on Comet 67P’s surface to conduct the first-ever exploration of a comet at close range.