Overachievers We Love: A Tricked-Out Fire Truck, A Beefier Bionic Hand and the Largest Cantilever 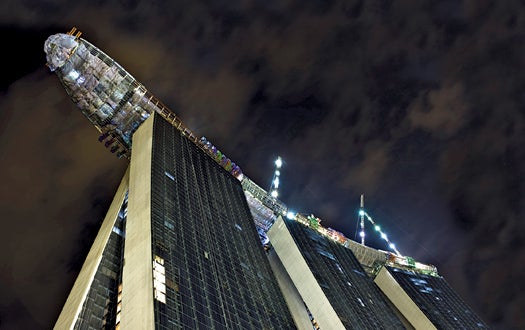 Bigger: A Park in the Sky

When architect Moshe Safdie was designing a hotel in Singapore, he ran out of ground space for a planned park. But there was plenty of air, so he drew up the three-acre garden connecting the 57th story of the hotel’s three towers. He wasn’t finished, though. Then he built the crowning piece of the Sky Park: an observation deck extending 218 feet from the hotel’s roof—the world’s largest cantilever.

Two 937-ton steel girders run its length to support the overhang, which is as long as a Boeing 767, and dampers commonly used in skyscrapers counteract vibrations from the wind. Visitors will enjoy the structure’s panoramic views of the Singapore skyline, Safdie says. “It feels like you’re on a ship deck, except instead of being on water you’re in the air.”

This fire truck packs 3,000 gallons of water, as well as the extinguishing agent Halotron, specially designed for electrical blazes.

Airport fires have the added danger of occurring near plane fuel, so firefighters need to put them out fast and from a safe distance. The new Oshkosh Striker fire truck for airports features infrared cameras that target the hottest part of an inferno for faster quenching. To attack burning fuel, it shoots flame-smothering chemicals at 760 mph—forceful enough to let crews stand 90 feet away, three times as far as with current tech. The truck goes on sale later this year. “But,” says Oshkosh engineer Pete Evans, “we hope it’s one they’ll never to have to use.” 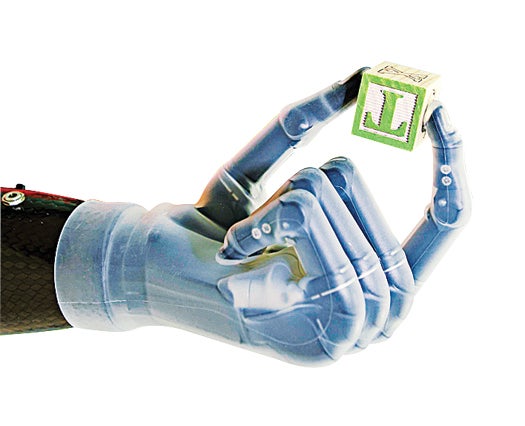 The images are of “Ian Reid; i-LIMB Pulse user

Stronger: Get a Bionic Grip

Touch Bionics’s new i-Limb Pulse prosthetic hand can carry an astonishing 200-pound load. The aluminum hand, on sale in the U.S. this month, features pulsing motors that, when triggered by the user’s forearm, apply constant pressure to an object, rather than simply closing around it. This ability also improves each finger’s dexterity for easier shoe tying and belt buckling. “People want to go back to their normal lives,” says Touch Bionics co-founder Phil Newman. “This gets them one step closer.”