Like renewing your driver’s license at the DMV or getting someone from the cable company out to your place, calling... 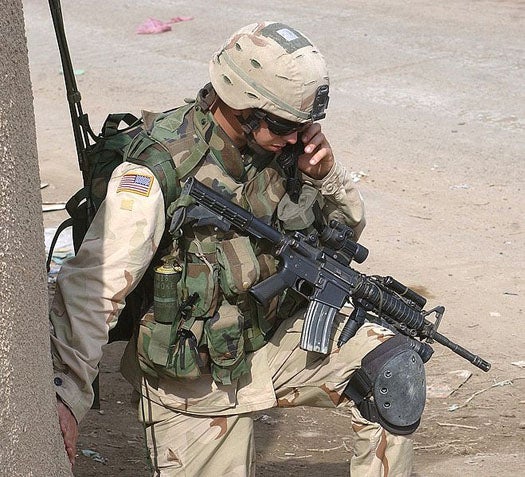 Like renewing your driver’s license at the DMV or getting someone from the cable company out to your place, calling in close air support can be a real process for troops on the ground. A request for an air strike from a commander on the ground goes through various higher-ups, analysts, lawyers, and other commanders, slowing the response time to a crawl. That’s why DARPA is launching the Persistent Close Air Support Program (PCAS), under which the scheme is simplified: ground troops ask for a strike, and a robotic warplane brings the ruckus, no middlemen necessary.

The weapon of choice would be an optionally manned/unmanned A-10 Warthog, those destructive and somewhat ugly slow-flying aircraft that can deploy a battery of weapons against enemies below. Fast-acting A-10s would give Joint Terminal Attack Controllers (JTAC) — the soldiers within units that call in air strikes — the ability to “to visualize, select and employ weapons at the time of their choosing.” DARPA thinks this will “revolutionize how a JTAC is able to request and control near-instantaneous airborne fire support.”

But wait; doesn’t this kind of air-strike-on-demand go against the military’s current strategy of limited air power and reduced civilian casualties as dictated in Af/Pak by the recently ousted General Stanley McChrystal? It absolutely does. But keep in mind this is DARPA, and it’s innovating for battles a decade down the road. The goal of PCAS is to create tools that will reduce the time lag between request for support and an actual air strike from half an hour or more to a matter of minutes.

So don’t read this as a change in policy, but rather as an initiative to remedy what DARPA sees as inefficiencies in the close air support chain. Right now, a radio communication (which may not come in completely clear) sets in motion a machine with a lot of moving parts, any one of which might make a mistake — commanders deciding the necessity and consequences of a strike, intelligence analysts examining footage of the battlefield, legal brass ensuring the strike is in line with the rules of engagement, etc.

DARPA wants to automate this process where possible and condense or remove parts of the process that slow down the close air support process. After all, we (hopefully) won’t be in Afghanistan forever, and on the battlefields of the future the ability to call in instantaneous robotic close air support could be a powerful and potentially devastating tool in America’s arsenal.