While U.S. legislators continue to argue the fate of America’s heavy-lift rocket ambitions, China is setting the bar high by... 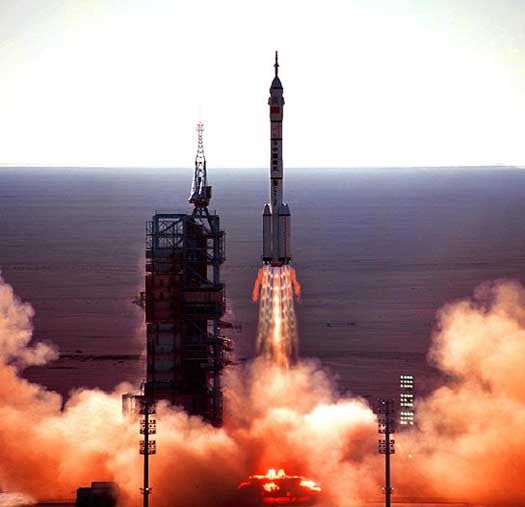 While U.S. legislators continue to argue the fate of America’s heavy-lift rocket ambitions, China is setting the bar high by looking into launch vehicle designs that could generate a thrust of more than 660 tons, increasing by orders of magnitude the nation’s ability to launch heavy payloads into space.

China is already developing a heavy-lift rocket expected to make its preliminary test flights in 2014, the Long March-5. The LM-5 would boast 132 tons of thrust, plenty for delivering cargo to the space station or reaching geostationary transfer orbit where most communications satellites are launched.

But a 600-plus ton rocket engine would be suitable for missions beyond LEO, perhaps to the moon or beyond. China has already expressed an interest in sending an unmanned mission to the moon via the LM-5, but the new experimental rocket is more akin to the Saturn-V that carried U.S. astronauts moonward decades ago.

To develop the necessary thrust, the rocket’s initial stage would rely on five engines likely with four expendable boosters arranged around a central stage. The LM-5 employs a similar design, though the new rocket would have to be far, far larger to reach its 660-ton thrust ambition.

As for the LM-5, it’s on track for a full-sized prototype in 2012, test firings in 2013, and initial test launches a year later. When in service it will carry up to 27.5 ton payloads to the ISS and 15 ton payloads into higher satellite orbits.