Carbon nanotubes could provide better stealth technology for submarines, helping them to “see” other undersea objects while remaining invisible to... 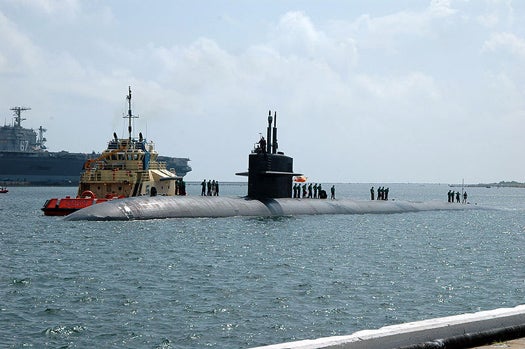 Carbon nanotubes could provide better stealth technology for submarines, helping them to “see” other undersea objects while remaining invisible to enemy subs. A report in ACS Nano Letters details a new application of a previously-known property of sheets of carbon nanotubes just a fraction of the width of a human hair that nonetheless can generate sound and cancel out noise far better than current sound-generating tech.

The thin films of carbon nanotubes create sound through a thermoacoustic effect, turning electrical pulses into tiny sound waves via heat generated in the air around the nanotubes when the pulses pass through. This effect was discovered and demonstrated back in 2008, as seen below, but it wasn’t tested underwater.

Now, researchers including a team from UT Dallas have demonstrated that sheets of nanotubes can produce low-frequency sound ideal for mapping out the ocean depths with sonar, and those frequencies can be fine-tuned to cancel out other background noise, like the sound of the submarine itself moving through the water. That capability should help subs pinpoint the depth, location, and speed of other undersea objects — like enemy subs — without revealing their own positions.