Directed energy weapons — the laser weapons of the future — have shown promise in both their power and their... 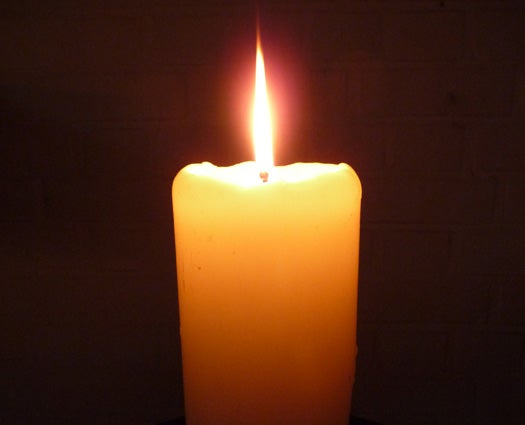 Directed energy weapons — the laser weapons of the future — have shown promise in both their power and their precision. But there are some serious technological challenges involved in weaponizing devices like powerful chemical lasers, not least of which is dealing with the vast amounts of waste heat they generate. General Atomics recently tested a wax-fueled storage device that might just overcome that hurdle, opening the door to the next generation of energy weapons.

The 3-megajoule, 35-kilogram module stores all that excess heat by melting a waxy phase-change material augmented by a variety of other thermal materials. What exactly these materials are seems to be a trade secret at this point, but by allowing that heat energy to be consumed by melting that waxy substance, the device can pull 230 kilowatts of heat away from the primary weapon. “To put it into perspective, it’s the equivalent of melting about 20 pounds of ice in 13 seconds,” said Dr. Paul Clark, a manager in Advanced Power Systems at General Atomics, in a press release.

That’s a good deal of heat, and being able to successfully pull it out of the weapon and store it could benefit both high-powered laser devices and microwave devices, which are both candidates for directed energy weapons. It will be interesting to see if engineers can figure out a constructive use for all that stored wasted heat, perhaps using it to power vehicle systems for mobile DEW platforms or returning energy to the weapons systems themselves.

We’ve seen phase-change materials used for their energy-management skills in applications like computer memory, submarines, and coffee mugs. So why not lasers?