Watch a video of the launch here 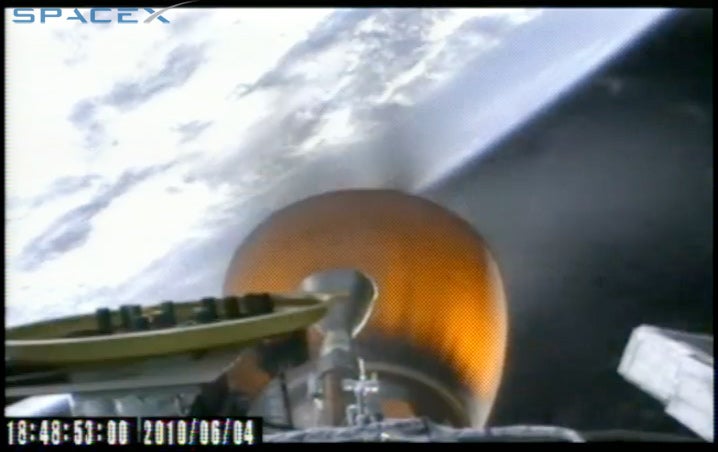 After launching their smaller Falcon 1 last summer (the first privately-developed liquid-fuel rocket ever to reach orbit), SpaceX is now ready for the first test launch of its larger, more advanced Falcon 9 rocket today. A four-hour, weather-dependent launch window begins now, and you can watch the countdown live. Update: Looks like the test was successful.

This first Falcon 9 is carrying a test version of SpaceX’s Dragon capsule, a manned craft NASA has contracted (to the tune of $1.6 billion) to ferry cargo (and perhaps eventually astronauts) to the ISS in a post-Shuttle world.

The Dragon capsule on board today’s test is a structural mockup without a heatshield, so it will not be returning to Earth. The test today is primarily for the rocket; SpaceX has learned the hard way that brand new launch vehicles often need the tires kicked, with several of their early attempts to launch the smaller Falcon 1 ending in misfires. 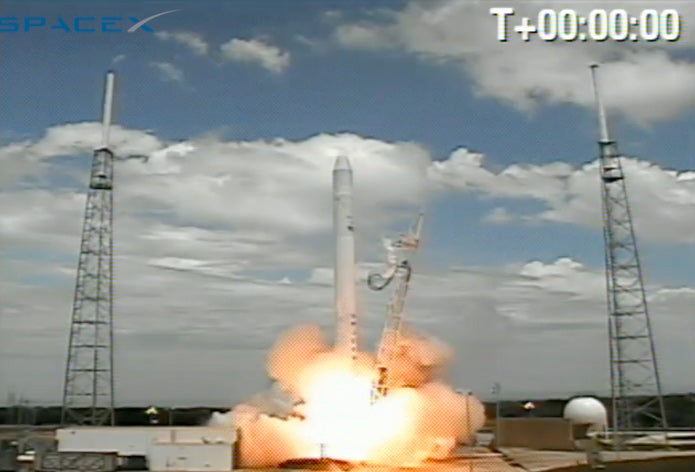 Update 2:55 PM EST: After a brief delay due to an unexpected system shutdown during the first countdown, Falcon 9 lifted off at around 2:45 PM EST. It appears that stage separation, the second stage burn and final orbital insertion went off without a hitch.

Excellent photos of the launch can be seen at Spaceflight Now, taken by Ben Cooper. 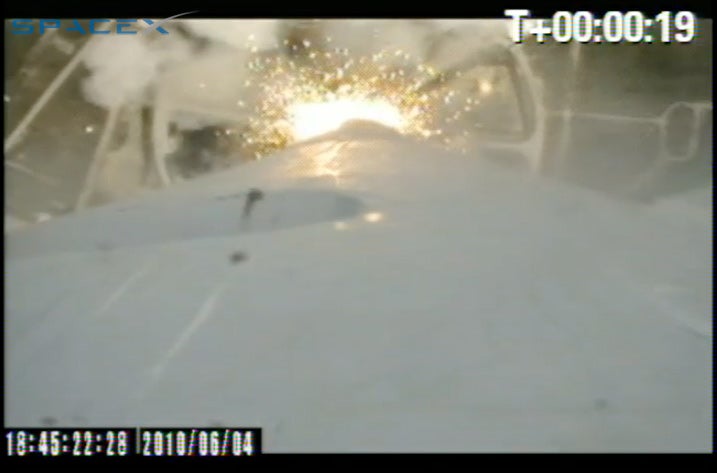