In February 2009, NASA launched the Orbiting Carbon Observatory, a research spacecraft that crashed into the ocean shortly after launch.... 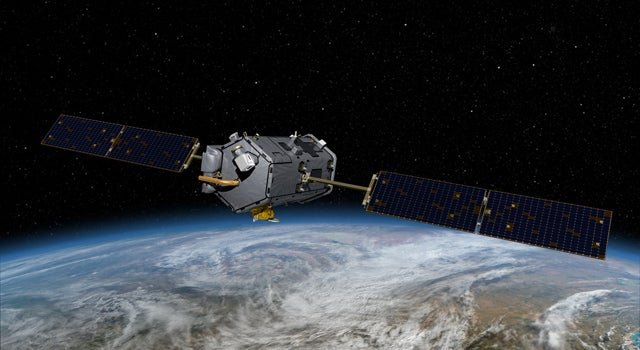 In February 2009, NASA launched the Orbiting Carbon Observatory, a research spacecraft that crashed into the ocean shortly after launch. The project, managed by NASA’s Jet Propulsion Laboratory, was designed to map the distribution of carbon dioxide (CO2) in the Earth’s atmosphere. In February 2013, NASA has announced, it will launch its Orbiting Carbon Observatory-2 (OCO-2) spacecraft.

OCO-2 will go up aboard a Taurus XL 3110 rocket from Vandenberg Air Force Base.

The U.S. Department of Energy currently monitors CO2 emissions from a network of ground-based sites, but this network does not have enough stations to provide the spatial distribution needed to understand how the oceans, atmosphere, and biosphere exchange CO2. From its space-based platform, OCO-2 can collect high-resolution measurements that, when combined with the ground-based data, will show the distribution of CO2 over the entire globe.

In 2009, OCO-1’s launch rocket failed to shed the shroud that protects the spacecraft from the Earth’s atmosphere, and the added weight made it impossible for OCO-1 to reach orbit. In December of that year, the Congressional Conference committee directed NASA to allocate funds in FY10 for the initial costs of a replacement mission.