Call it job creation: this week a handful of sea lions and dolphins trained to locate undersea mines earned their... 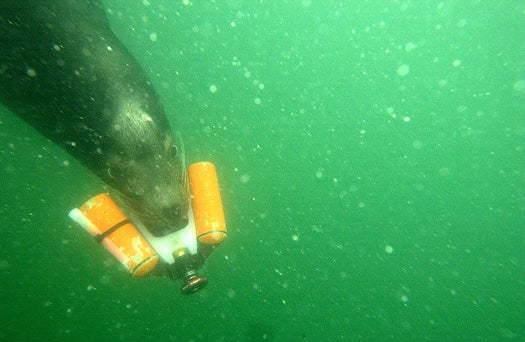 Call it job creation: this week a handful of sea lions and dolphins trained to locate undersea mines earned their jobs back, jobs that were supposed to be turned over to undersea mine-sweeping robots. And why were these seafaring mammals brought back into service? To find the very robots that were supposed to replace them, four of which have gone AWOL somewhere off the coast of Virginia. You can’t make this stuff up.

The Navy has employed sea lions and dolphins to seek out underwater mines for decades, but as unmanned underwater vehicles (UUVs) rose in prominence over the past two decades the Navy has replaced it’s flesh-and-blood employees with robots, namely the REMUS 100 UUV, a historically reliable little bot ideal for shallow water mine sweeping operations.

But earlier this week, four of the Navy’s mine bots went missing during a training exercise, dropping off the radar and vanishing into the ocean after becoming unresponsive to commands. Naturally, the Navy wants its bots back, so it called back in the veterans to track them down.

In the robots’ defense, they can carry more gear and sensors than their living counterparts, and no one – well, almost no one – likes the idea of a dolphin disintegrating violently under the immense power of a piece of ordnance designed to sink an AEGIS cruiser.

Chalk up a victory for consciousness. Surely there has been the occasional military-trained animal that has gone off the reservation, but that’s to be expected. When the military robots we’ve programmed to follow commands start doing their own things, perhaps we have a problem. Thank goodness we have a sentient, mammalian second line of defense.