Sure, you can make a robot walk or cook or even play beer pong, but can you make a robot... 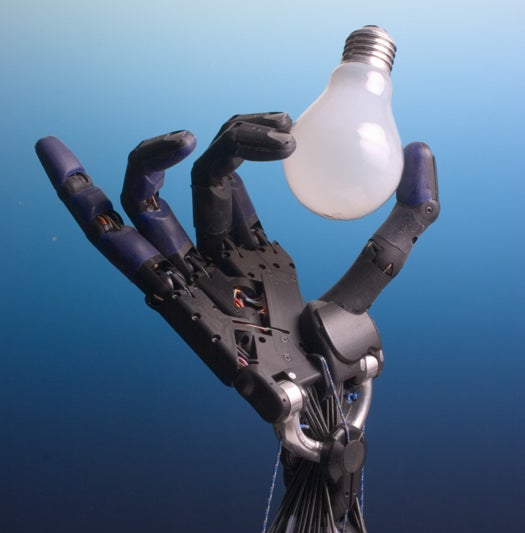 Sure, you can make a robot walk or cook or even play beer pong, but can you make a robot friendly? Ben-Gurion University of the Negev wants to know, so the Israeli university will host the world’s first international competition to build a robot that can shake a human hand.

While such a singular gesture might seem simplistic given the diverse tasks we’ve programmed our bots to perform, when you think about it the handshake is quite complex. Our arms have varying degrees of motion that telerobotics have yet to completely conquer, complicated by the fact that the handshake is mutual rather than dictated by one side or the other – at least, ideally it is.

When two people clasp hands in greeting, they sense each other’s motion, grip, and intensity. At least in the least awkward, most familiar cases, the handshake is a two-person, bi-directional operation. That’s why researchers are so interested in the gesture; they see it as a non-linguistic Turing test, one that tests machines for humanoid motor intelligence. Such a test is crucial if we’re ever going to create humanoid bots with characteristics that are indistinguishable from human traits.

Care to try your hand at claiming the whopping $1,000 purse? (The researchers behind the project admit this competition is less about the money and more about the scientific journal article that the winning humanoid will earn.) Get an idea over to Dr. Amir Karniel at Ben-Gurion by the end of August.