In Popular Science‘s July issue, we look at the phenomenon of stem-cell tourism: patients who head overseas for experimental medical... 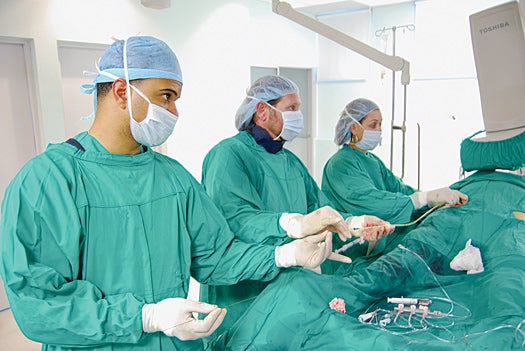 In Popular Science‘s July issue, we look at the phenomenon of stem-cell tourism: patients who head overseas for experimental medical treatments unavailable in the U.S. For the article, I spent a few days checking out Regenocyte, a Florida-based medical operation that coordinates experimental stem cell treatments in the Dominican Republic.

Now another developing country known for courting overseas patients — Costa Rica — has discontinued stem cell procedures at its biggest clinic, the Institute of Cellular Medicine (ICM) in San Jose, which has treated about 400 people since it opened in 2006.

The Costa Rican health ministry said it decided to halt ICM’s stem cell treatments because there is no hard scientific evidence indicating that the treatments work. The procedures ICM offered — including treatments for multiple sclerosis, cerebral palsy, and spinal cord injury — were not approved by the U.S. Food and Drug Administration, meaning they have not undergone a multi-stage human clinical trial process intended to establish therapeutic efficacy. “If [stem cell treatment’s] efficiency and safety has not been proven, we don’t believe it should be used,” Ileana Herrera, chief of the health ministry’s research council, told Reuters earlier this week. “As a health ministry, we must always protect the human being.”

High-profile organizations such as the International Society for Stem Cell Research (ISSCR) have issued warnings to patients regarding overseas stem cell treatment. The adult stem cells most commonly used abroad can produce a variety of different tissue types and are less likely than embryonic stem cells to cause side effects like tumors, but some doctors fear companies are taking advantage of desperate people by offering unproven therapies at high cost. Still, patients like Karen Velline — who we shadowed during her Regenocyte treatment for degenerative lung disease — claim they’d opt for stem cell treatment again in a second. “I’m really glad I did it,” Velline told PopSci. “I’ve watched people get sick and die from prescription medications, and I’ve talked to people whose lives have been saved by these procedures.”