China Honors the Automobile’s Legacy with a Drive-Through Museum 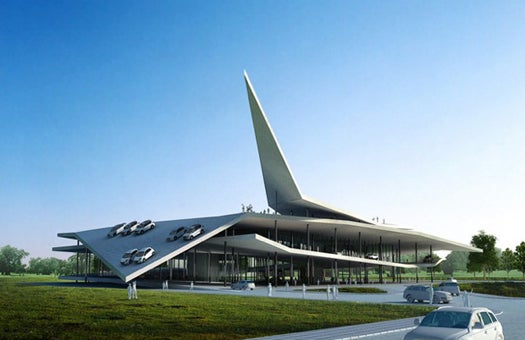 3GATTI Architecture Studio based in Rome and Shanghai won a competition to design the museum, which will be built in Nanjing and modeled like a broad, angular origami sculpture. An external ramp will allow motorists to drive around the museum, surveying the interior exhibits as they wrap around the structure headed for the parking lot on top. Once they’re parked, an interior ramp will take them back through the exhibit spaces on foot.

The motorists climbing the exterior ramp themselves become exhibits for the pedestrians inside, parading present-day car culture past the windows even as patrons take in the historical exhibits within. It’s a pretty cool concept in light of its subject matter, though its distinct “ungreenness” stands in stark contrast to some of the more eco-friendly museum designs that are the rage these days. It’s also unclear whether you’ll be forced to navigate through a drive-through gift shop on the way out.

Check out 3GATTI’s site for more conceptual drawings of the museum. 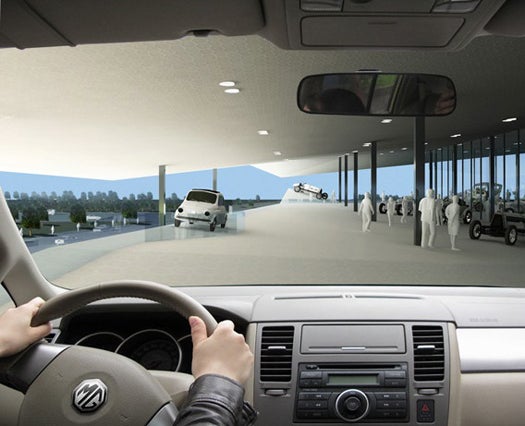 The View from the Exterior Ramp