Touring the “Axis of Evil” in Shanghai

I’m loathe to perpetuate such an ugly phrase as “Axis of Evil,” but someone on the Expo 2010 planning committee... 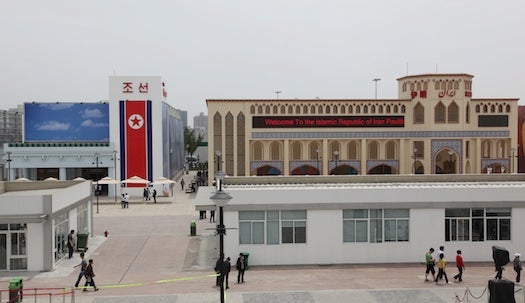 I’m loathe to perpetuate such an ugly phrase as “Axis of Evil,” but someone on the Expo 2010 planning committee must have had it in mind when it was decided that Iran and North Korea would be pavilion neighbors.

I hate to use the term because it’s terribly, destructively generalizing. Iran and North Korea are, first of all, vastly different countries in almost every conceivable way. And both are filled mostly with regular people who are more like you and me than than either party realizes. They just happen to live in countries with political leaders who are crazy.

After touring the two pavilions, I must say that the North Korean governments’s uniquely oblivious brand of crazy comes across very well. Iran’s pavilion, however, is filled with very friendly people and is, on the whole, not that weird at all.

Regardless, these two countries don’t get many chances to openly tout what makes them great here in the west, and it’s interesting to see how they represent themselves. Only at the World’s Fair! 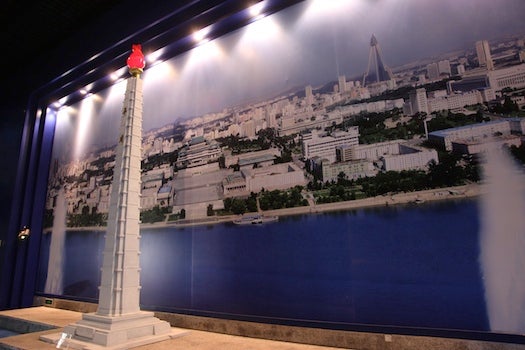 A replica of a 170-meter tower that stands in Pyongyang, Juche is the ideology of the North Korean government, which calls for independence in thought and politics, self-sufficiency in economics and defense, and that the government must craft policy reflecting the will of the masses. Calls for it, anyway. 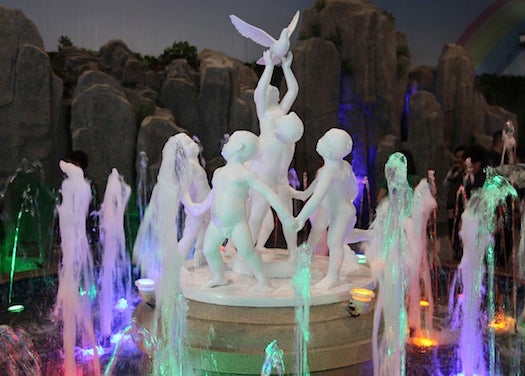 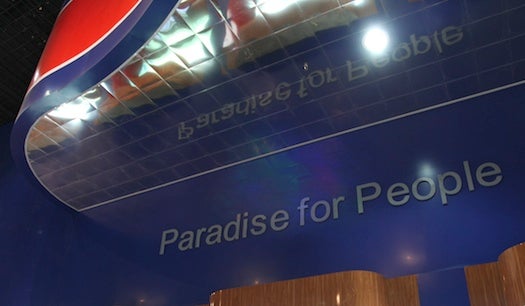 Except those who are hungry all the time. 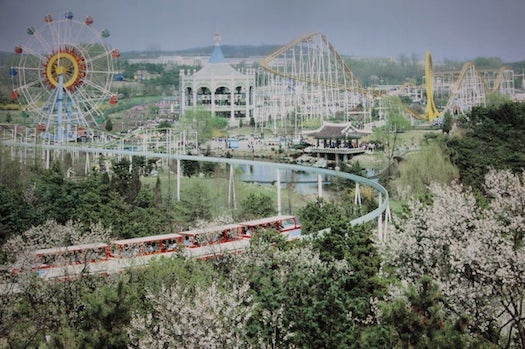 On LCD televisions and backlit photographs, wonderful propaganda scenes such as this are depicted. 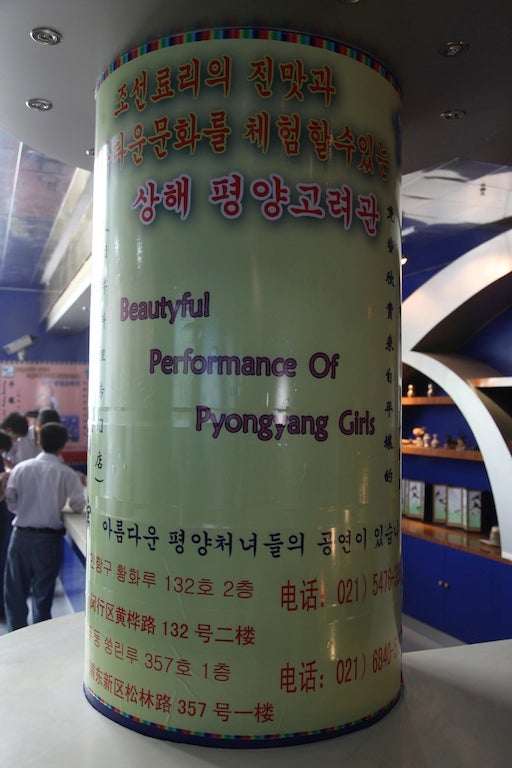 I’m sad I missed this one. 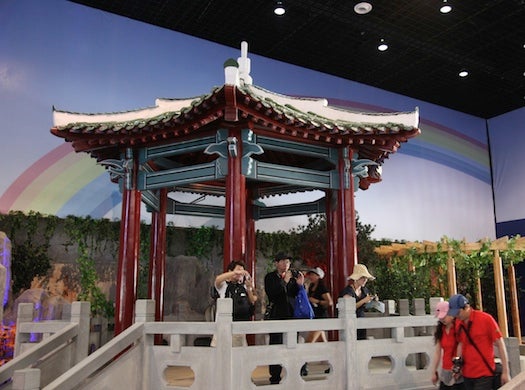 Always has a rainbow overhead. 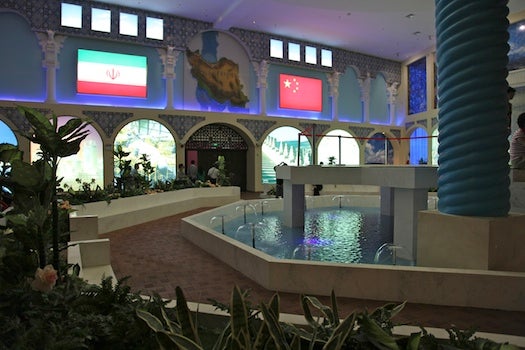 Friendship with China, as in many pavilions, is a major theme. 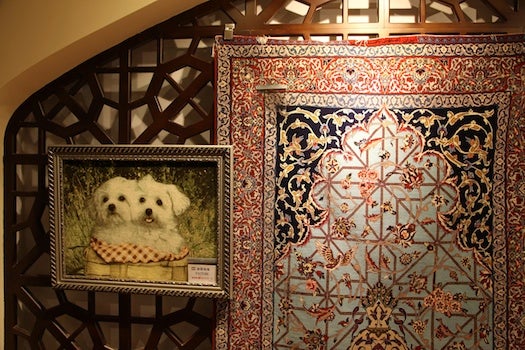 On the pavilion’s second floor are stacked hundreds of beautiful Persian carpets for sale, many intricately woven from silk. The dog painting is hand-woven silk, too. It costs Y46,000, or $6,765. 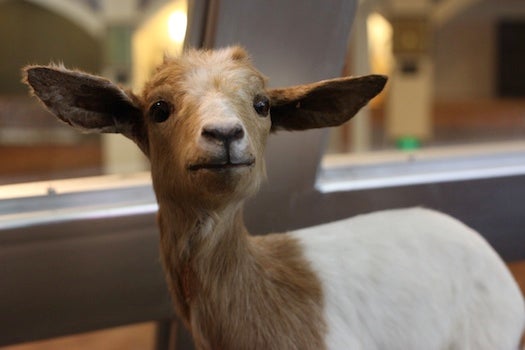 A placard below seems to suggest that this is the first goat ever cloned by Iranian scientists on April 15, 2009. Now taxadermed for eternity. 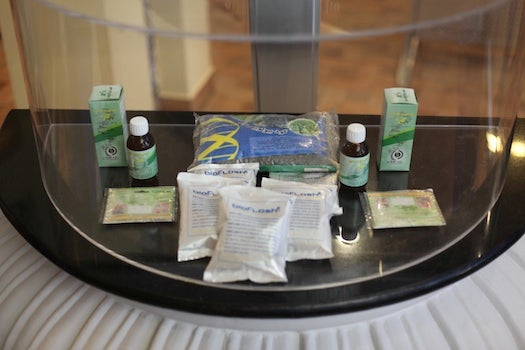 Iran: Do Not Touch

Pesticides and agricultural products so good, they deserve to be behind glass.
North Korea