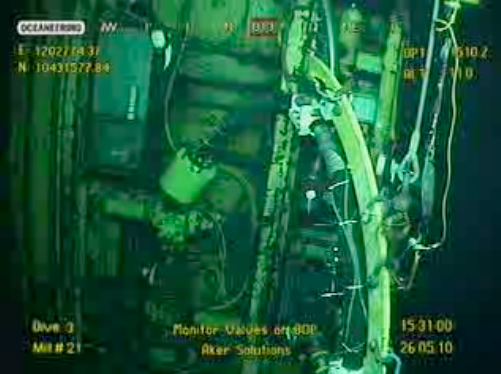 The Coast Guard gave BP the go-ahead this morning, and the latest attempt to seal off the Gulf oil leak that is quickly turning into the biggest ecological disaster in history began at 2 p.m. eastern time. And as BP scrambled to get its controversial “top kill” underway, the media scrambled to figure out exactly how to describe this riser-capping procedure to the public.

But (perhaps unexpectedly) CNN went directly to the best possible source for all things technical, a video explanation so thorough that we’ve included it below. The top kill, as explained by Bill Nye The Science Guy.

Of course, the chances of the top kill succeeding are good but not great; BP’s CEO admits the chances of stopping the oil flow with a drilling mud/concrete one-two punch sit somewhere between 60% and 70%. If it fails, it could make the environmental mess even worse, releasing the toxic materials present in drilling mud — which can be a variety of things but usually includes some trace amounts of elements like zinc, nickel, chromium, copper, lead, cadmium, arsenic and mercury — into the Gulf’s ecosystem. Check out the live feed of the top kill below and keep your fingers crossed.

If the top kill doesn’t work, BP will have to turn to yet another backup plan. Right now, it seems that plan is to use what’s known as a low marine riser package (LMRP) to try to seal off the flow of seawater into the well. Even if engineers can’t keep the oil in, they might at least be able to keep the seawater out, preventing the formation of the methane ice that thwarted the earlier effort of deploying the containment dome.

Why hasn’t BP already deployed the LMRP? That’s unclear. In fact — and we’re not trying to demonize here, but it is getting a bit annoying — BP doesn’t seem very receptive to ideas coming from outside the company. The public has drummed up a range of solutions, everything from deploying oil absorbent materials laced with petrol-eating microbes to the SQUID, an admittedly condom-like system that seems like it could quickly help contain the mess (perhaps it’s worth noting that the success rate for the average Trojan is better than 60%).

BP says it could be a couple of days before we know if the top kill was a success. If not, it’s on to the next idea (which happens to sound a lot like most of the old ideas). Since BP doesn’t seem to be doing much thinking outside of the containment dome, feel free to share your leak-plugging schemes in the comments.