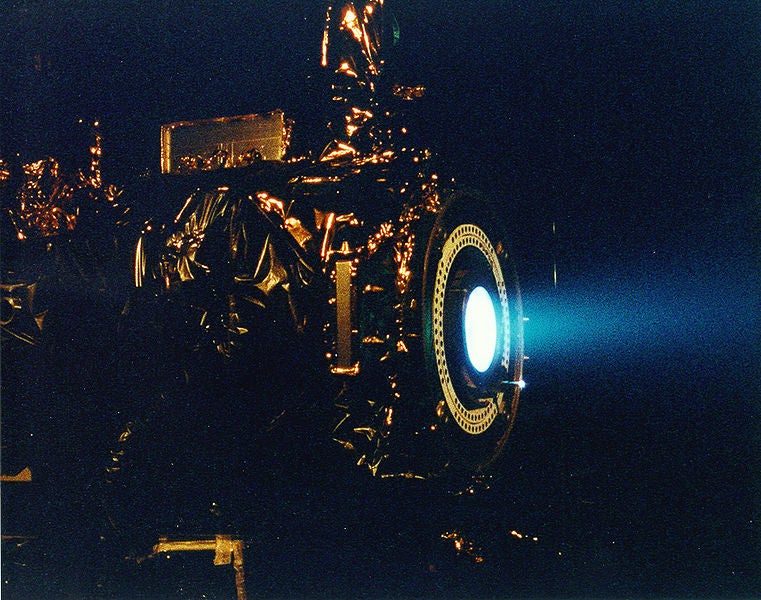 Charles Darwin’s theories of evolution have revolutionized the way mankind understands its origin. Now, engineers suggest that the process of natural selection may have surprising implications for spacecraft as well. An ion engine designed to power future spacecraft has achieved its optimal design via software that simulates Darwinian evolution.

Unlike traditional rockets, which burn heavy chemical fuel to produce thrust, ion engines send electrically charged atoms, or ions, through an electric field. A high voltage between a pair of gridded electrodes accelerates positively charged ions toward the negative electrode. The ions that pass through the field generate thrust. Once in space, ion engines steadily propel a spacecraft until it travels faster than it would have using a chemical rocket.

The problem is, ions that bump into the grid instead of passing through it cause erosion, which limits the average NASA ion engine’s lifespan to about 3 years. To extend the engine’s lifespan, Cody Farnell, a space flight engineer at the University of Colorado in Fort Collins, used genetic algorithm software to randomly produce values according to the geometry of the grid and the voltages running through it. Genetic algorithms, or software that reenacts evolution, work by sending random sets of geometry/voltage values, akin to genetic material, into a simulator that communicates the grid’s efficiency with any given combination, or “mutation.” The simulator tests generation after generation for effectiveness until it stops improving. After 100 generations, the software produced a combination of values that increased the ion engine grid’s lifespan to 5.1 years in the simulator.

Farnell speculates that by “evolving” other parts of the engine, engineers may produce a design that will optimize the engine overall. Still, engineers need to run more tests before they can determine whether Farnell’s simulations apply outside of the lab.