Researchers at Oak Ridge National Lab wanted to model and simulate the next generation of nuclear power facilities. While software... 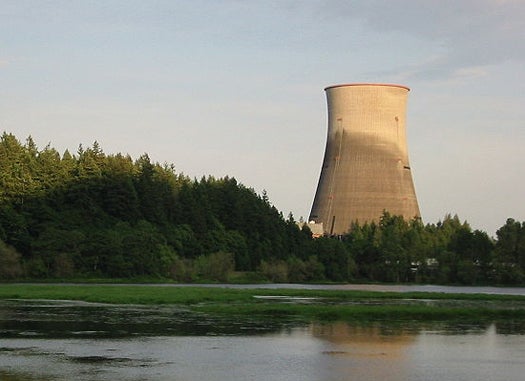 Researchers at Oak Ridge National Lab wanted to model and simulate the next generation of nuclear power facilities. While software that models a partial nuclear core or radiation transport exists in spades, the ORNL team wanted to model entire facilities at once. So they did what anyone would do: They started from scratch, merging a decade of research with the world’s fastest supercomputer to build Denovo, the most sophisticated modeling software in the industry, to simulate entire nuclear facilities in one comprehensive snapshot.

The Nuclear Science and Technology Division at ORNL has long been charged with integrating nuclear energy models with national security simulations and other data to solve specific problems in the nuke energy field. But though their previous efforts were state-of-the art from a computer-modeling standpoint, the models were still disjointed — one software package might examine the reactor core, another model would simulate security fail-safes or the disposal of spent fuel.

From Denovo they wanted one model that contained everything in one sim. For that, they would have to bring out the Jaguar.

ORNL researchers first tried adapting older programs to the larger models, but they quickly abandoned the idea because those programs simply didn’t take advantage of ORNL’s computing capabilities. Oak Ridge is home to Jaguar, the world’s fastest supercomputer, so the team developing Denovo sculpted the software specifically to take advantage of the massive processor and memory power at their disposal.

Tapping such power has allowed the team to simulate entire nuclear facilities — reactor cores as well as auxiliary buildings, and even the ITER fusion reactor — with degrees of accuracy once unobtainable. More accurate models mean better safety mechanisms, reduced cost, and better efficiency from the next generation of nuclear power plants. More importantly, it means that next-gen nuclear should arrive much sooner as reliable models save engineers the time, energy, expense, and potential disaster of a trial and error approach to reshaping America’s energy infrastructure.