State-run media backs up the claim 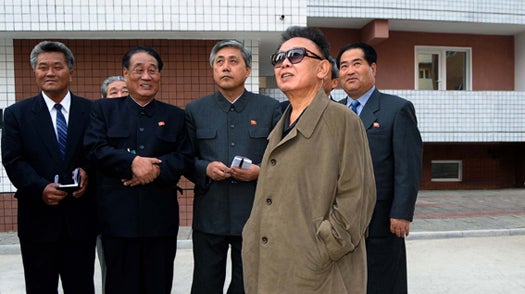 In what the BBC is calling “a claim that is likely to be met with some scepticism,” North Korea has announced that it has made huge strides toward developing thermonuclear power, going so far as to claim that the nation’s scientists have built a “unique thermo-nuclear reaction device.”

We’ve got your skepticism right here.

We don’t mean to be xenophobic here, nor do we wish to diminish the work of North Korea’s nuclear scientists, who have no doubt been hard at work. But a means of controlling a sustained nuclear fusion reaction has eluded the best scientists in the world collaborating across borders and continents for half a century. So the idea that isolationist and economically destitute North Korea has cobbled together the physical means — brainpower notwithstanding — to conquer one of modern science’s greatest challenges is a bit hard to swallow.

Nuclear fusion is, of course, the long-sought golden ticket to inexpensive and clean energy that is, for our purposes, limitless. It’s the process that occurs naturally in stars when nuclei of light gases fuse together under immense pressure, releasing considerable energy that could be harnessed to solve the world’s energy problems. But while laboratory demonstrations have recreated the phenomena, no one has yet been able to create a sustained, controlled reaction that could be used to generate electricity — though many are trying.

Per usual, North Korea’s claim, published in the newspaper Rodong Sinmun, is a bit vague, so it’s conceivable that scientists there demonstrated a small fusion reaction in-lab and North Korea’s state media — notorious for blowing things way out of proportion — turned this announcement into something more than it is.

More likely, it’s nothing. Without concrete evidence, which seems particularly scarce at this pivotal moment in human history, we’re calling shenanigans here. Pyongyang is inclined toward manufacturing the truth, with a particular penchant for conjuring momentous occasions to coincide with events in its own history, and this one supposedly coincides with the birthday of the nation’s founder, Kim Il-sung.

In the meantime, we’ll happily eat our words if it turns out North Korea is telling the truth. There’s a team of international atomic energy experts on standby somewhere waiting to for the chance to observe North Korea’s nuclear energy program up close. The next logical step would be to have them come take a look at it. However, we’re not holding our breaths for that invitation.