With existing camera technology, capturing 3-D images as the biological eye does is difficult and time consuming; basic stereoscopy requires... 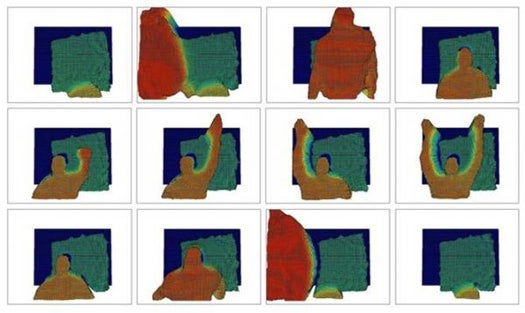 With existing camera technology, capturing 3-D images as the biological eye does is difficult and time consuming; basic stereoscopy requires two images to create a single 3-D frame, which means that to shoot 3-D video you need at least two cameras rolling on the same subject at the same time (even the high-tech gear behind Avatar required two different lenses). But engineers at Fondazione Bruno Kessler (FBK) in Italy have created a single camera that can capture the third dimension, using laser detection and creative use of CMOS technology.

And that’s not all: The camera’s sensor also records the smallest pixel currently in the field, a mere ten millionths of a meter (roughly one tenth the size of a human hair). Add it all up, and it’s one pretty sweet piece of machinery, with the ability to capture not only the highest quality of detail in images, but to produce a depth of vision you can only get by adding the third dimension.

The camera employs a sophisticated range-finding technique to add depth to its frames, bathing its subjects in ultra-short laser light pulses (ultra-short being just a few billionths of a second) that bounce off the subjects much like radar. A complementary metal oxide semiconductor (CMOS) micro-sensor picks up the laser bursts as they return to the camera, measuring each pixel’s distance from the camera. From that data, the camera can place each pixel in space, adding a third dimension to its vision.

While the obvious film-making implications of such a device conjure James-Cameron-esque fantasies, the applications are far wider. The researchers envision the camera sensor assisting the elderly and disabled, its reliable eye for spatial arrangements keeping watch for dangerous situations that could cause falls or other accidents. Security cameras fitted with such a sensor could be greatly improved with a third dimension enhancing their ability to follow a subject in a crowd. The same tech could aid smarter guidance systems that could give turn by turn instructions to a person as they navigate the corridors of unfamiliar buildings.

We’re more interested in video games. A 3-D camera could not only “see” a player moving in 3-D, but could add a third axis of sophistication to those movements by “seeing” when a player moves forward or backward in space. This kind of technology could lead to a true peripheral-free era of gaming where players need nothing more than their consoles and their own bodily movements to achieve a seriously sophisticated gaming experience.