Snort a dose of prevention for measles or other diseases 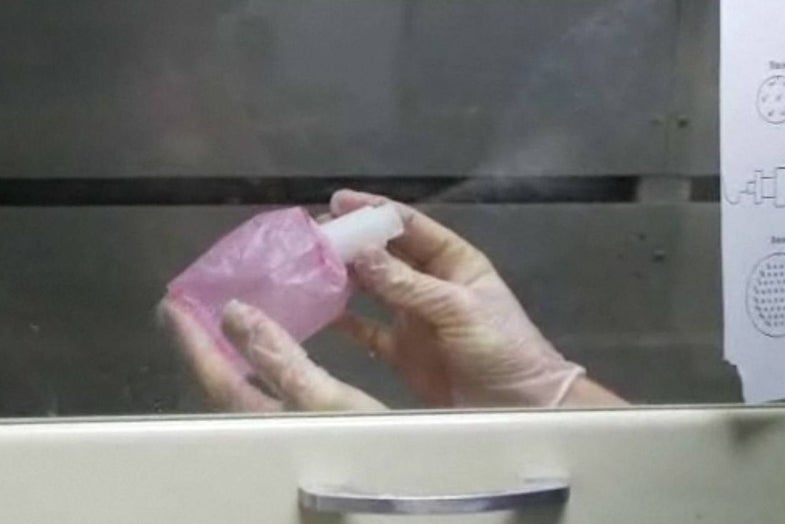 Future vaccination against measles, tuberculosis or even cervical cancer might be as simple as huffing from a plastic sack. Scientists have refined a powdered inhalable vaccine that is slated to undergo human clinical trials for preventing measles later this year in India.

The inhalable vaccine bypasses the need for icky needles by mixing liquid carbon dioxide with weakened measles virus. That process creates microscopic bubbles and droplets which dry out and become an inhalable powder. Patients can then inhale their protection through a plastic nozzle similar to the neck of a plastic water bottle.

Making the breakthrough required researchers at the University of Colorado at Boulder to develop a mixing device known as the Carbon Dioxide Assisted Nebulization with a Bubble Dryer, or CAN-BD. The device mixes two streams of fluid and then rapidly expands them to atmospheric pressure, before mixing in warm nitrogen to try the tiny bubbles and droplets.

“One of our primary goals of this project is to get rid of needles and syringes, because they frighten some people, they hurt, they can transmit diseases and there are issues with needle disposal,” said Robert Sievers, a biochemist at CU Boulder. His innovation also represents a cost-effective method, at just 26 cents per dose, or about the cost of an injectable vaccine.

The no-needles approach has proved popular elsewhere. Australian scientists have developed a postage stamp-sized vaccine patches that can deliver a tiny but effective dose through the skin.