Coming Soon: a Synthetic Brain Built from Tens of Thousands of Smartphone Chips

If you like to think of the processor running your smartphone as the nerve center of your device, wait until... 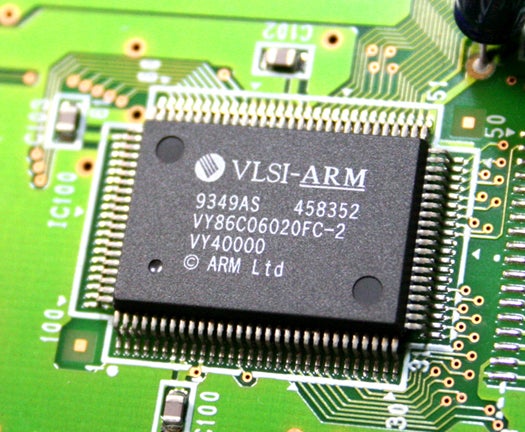 If you like to think of the processor running your smartphone as the nerve center of your device, wait until you see what Steve Furber’s got in mind. The computer engineer, probably best known for his work on the BBC Micro and ARM microprocessors, has begun construction of a 1-billion-neuron simulated brain made from thousands of the widely available chips used most commonly in e-book readers and smartphones.

While other brain sims, like IBM’s Blue Brain, use high-powered supercomputers to mimic the computing power of the human brain, Furber thinks that if we really want to recreate the brain synthetically, we need a more practical, affordable, low-power approach.

As such, he’s building Spinnaker — for Spiking Neural Network Architecture — out of a chip that flopped as a follow-up to the BBC Microcomputer but that is now used in all kinds of mobile devices. A Taiwanese firm is churning out the chips, each of which will contain 20 ARM processing cores, each of which can model 1,000 neurons. By that math, Spinnaker needs 50,000 total chips at minimum to reach the 1-billion-neuron goal.

While Furber and company wait in Manchester, UK, for the chips to begin arriving, they’ve cobbled together a pared-down, 50-neuron version for testing. That model can already control a Pac-Man-like video game, and Furber’s first goal once he gets working on the real deal is to teach Spinnaker to control a robotic arm. This, of course, is a precursor to his teaching it the full range of tasks required to control a humanoid body.

Coaxing a non-brain into acting like a real brain is no small task, but Furber is eager to get started on the teaching phase. He aims to have a 10,000-chip version working — and learning — before the end of this year.