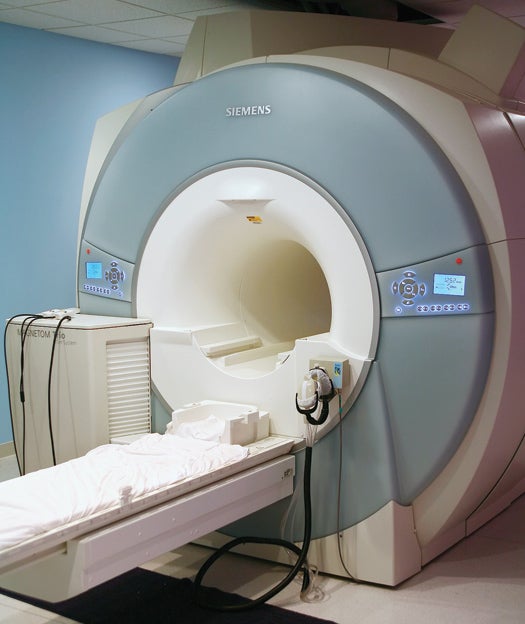 Brain scans may become accepted evidence in a civil trial for the first time, if a Brooklyn lawyer gets his way, Wired reports.The case could set a legal precedent for allowing brain scans as evidence to determine whether or not a person is telling the truth.

The lawyer, David Levin, represents a woman who claims that she no longer received good assignments from a temp agency after she complained of sexual harassment at a job site. A coworker at the temp agency claimed he heard a supervisor say the woman should not be placed on jobs because of the complaint.

That prompted Levin to have the coworker undergo a functional magnetic-resonance imaging (fMRI) brain scan by the company Cephos, which claims to provide scientific validation of whether someone is telling the truth. Now the proposed evidence will test the New York standards for scientific evidence in courts — known as the Frye standard — which typically requires the evidence to be considered reliable among the broader scientific community.

Both Cephos and another company called No Lie MRI have marketed their brain scans as lie detectors since 2007. They report accuracy rates from 75 percent to 98 percent under lab conditions, but many neuroscientists remain skeptical of, or outright opposed to, using brain scan technology in court.

We reported earlier on a Cephos-funded fMRI study at the University of Texas Southwestern Medical Center, which tested people who participated in a mock crime within the experiment. The test caught guilty parties, but also sometimes netted innocents who were telling the truth.

Last year, an Illinois court allowed an expert to describe the fMRI brain scan of man accused of murdering a 10-year-old-girl. But that was presented as evidence of the man’s mental illness during the sentencing phase of the trial, whereas the new Brooklyn case would be a legal first for determining truth-telling.

We’ll be sure to keep an eye on whether this battleground between science and the law translates into wider use of brain scans or not. If it does pass muster with the Frye standard, expect even more debate over the use of brain scans as direct mind readers in the future.