Video: Perching Drones Learn How to Land Vertically on Walls 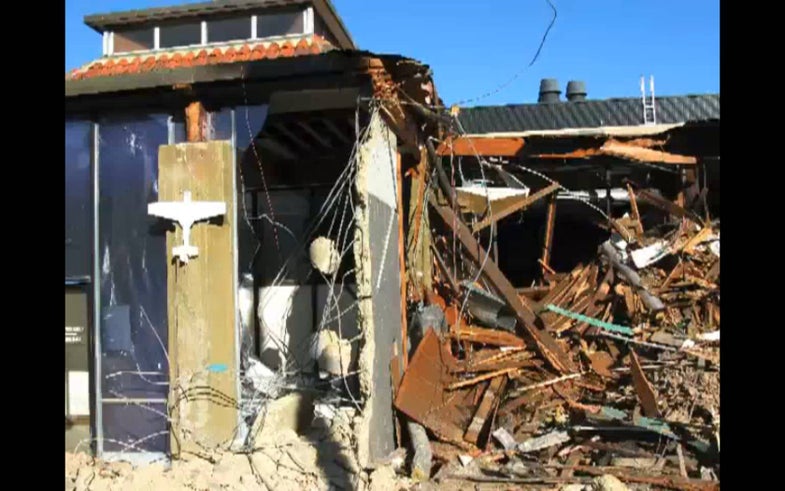 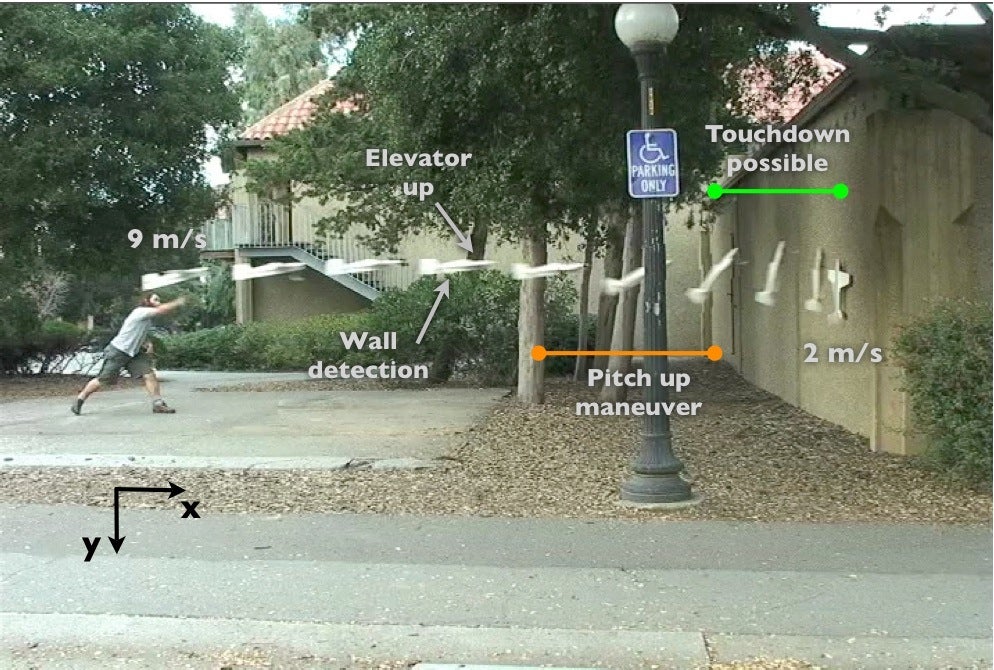 Keep your seat belts fastened and your seats in the upright position.

High-rise dwellers and office workers might someday see aerial drones join the usual pigeons and other birds perched outside their windows. Stanford University’s Biomimetics Laboratory has video footage of tests with fixed-wing drones landing on walls and grappling on with their leg spines, as Botjunkie discovered.

Future micro aerial vehicles capable of perching on buildings could take the opportunity to recharge or simply ride out bad weather. They could also use the landing as a chance to crawl or creep closer to a window for better observation, or simply hang out and conduct surveillance on the area for days or weeks.

Stanford researchers decided to go the simple route by figuring out how a fixed-wing, non-transforming drone could still land on walls. Their drone approaches the wall at full speed, or about 18-22 mph. It then pitches sharply upward to angle its belly toward the wall and slows its approach speed to just under 7 mph.

Takeoff is a more simple matter of throttling up and then retracting the spines for inverted liftoff. But the researchers still face engineering challenges such as tuning the suspension system so that the drone doesn’t simply rebound upon landing approach.

The spines might also fail to grip the landing surface if the plane misjudges the approach and pitches upwards too soon or too late.

Such control issues are next on the agenda for the Stanford group, which plans to present an update on their work at next month’s 2010 IEEE International Conference on Robotics and Automation in Anchorage, Alaska. That means future energy-sipping micro drones are well on their way to adding “perching” to their can-do list.