If you’re like most people, there’s a thought that runs through your mind anytime you’re checking into a flight, passing... 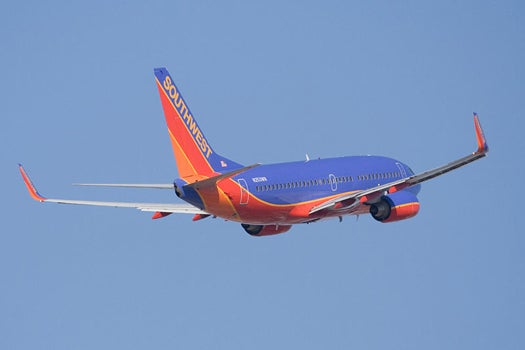 If you’re like most people, there’s a thought that runs through your mind anytime you’re checking into a flight, passing through airport security, changing terminals at the last minute, trying to sort out a missed connection, or standing close to anything an airline has touched: “There has to be a better way to do this.” And you would be right. Southwest Airlines took a big step toward the future of commercial flight this week by implementing GPS satellite-guided landings.

The upgrade — which is running upwards of $175 million — won’t remove the pilot from the landing process, but it will make landing an aircraft more precise and efficient. Rather than being guided into an approach by ground-based radio signals, jets will make more exact approaches, which should marginally trim fuel costs (and emissions) and, in theory, lead to faster landing clearances.

GPS-based landing has several advantages of the ground-based systems. For one, radar — which is what air traffic controllers use to locate incoming planes in the sky — degrades over distance and can’t see too far out into the open ocean. Planes can also make a smooth, straight descent from cruising altitude to runway, rather than the “staircase” descent airliners make now (planes must get clearance each time they move to a lower altitude; this wastes a lot of fuel, not to mention time).

The move by Southwest to GPS is part of a larger vision called NextGen that the FAA is trying to implement by 2020; Delta, United and Alaska Airlines are also phasing in other aspects of NextGen, but Southwest is the first to aggressively start rigging up their rides with GPS.

Anything that can trim cost, time, and congestion at our overcrowded airports seems like a good thing for everyone involved, though it’s a bit disconcerting that the military — which sought GPS tech in the first place — is actively seeking a replacement for the tech. The Air Force foresees serious security concerns with GPS jamming and third-party interference with GPS signals. And if I’m riding in coach, I certainly don’t want anyone to have access to that GPS signal but the pilot and his friendlies on the ground.

Still — and Southwest is emphasizing this point — the pilot, not the GPS computer, is the one landing the plane. And since it doesn’t look like anyone is working terribly hard to solve for air travel inefficiencies experienced on the ground, it’s nice to know someone is taking steps to make the actual flight a bit more efficient.