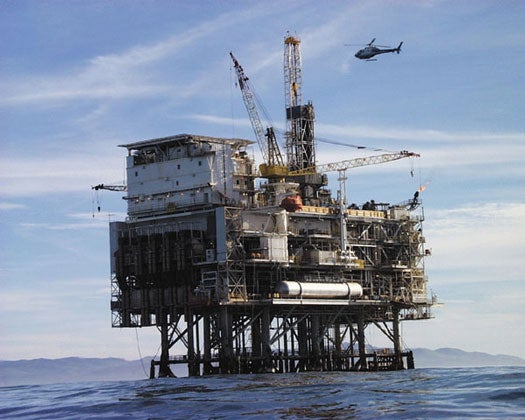 Geoscience experts have developed a system of smart buoys that can predict the formation of self-reinforcing underwater waves, or solitons, 10 hours before they threaten the safety of oil rigs and divers. In 2008, Martin Goff and his colleagues at FUGROS, a geoscience consulting agency, successfully tested the system for three months in the Andaman Sea. Now, Global Ocean Associates have acknowledged the device as “the first deployed system with real-time warning capability.”

To detect the solitons, satellite images are used to map out the sources of undersea wave activity. Buoys placed between rigs and the wave sources not only determined the salinity and temperature of the waters, but they relayed the size and speed of wave formations in time for oil rig staff to pause drilling and curb the destruction.

Solitons, also called wave packets, tend to arise far out at sea and in deep water. While they may look harmless on the ocean’s surface, they can seriously damage unprepared pipes and drilling rigs. Previously, oceanographers could only attempt to predict freak wave by using an equation, but oil rig owners may save on big-time damage expenses if Fugro’s system goes commercial.