A Portable Battery That Runs on Saltwater – or Urine

If you’ve got an electronic device, you need power either in the form of a cable or a battery. If... 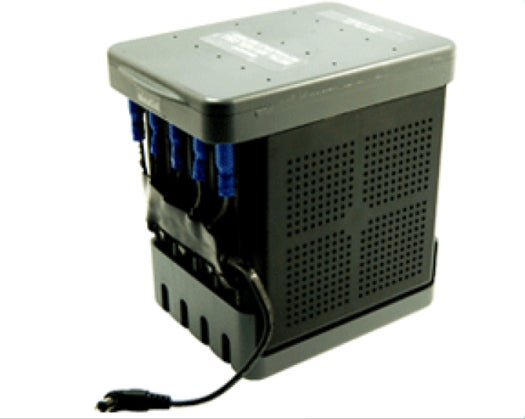 MetalCell gives gives soldiers a charge anywhere. All they need is a little saltwater – or in a pinch, some urine.
SHARE

If you’ve got an electronic device, you need power either in the form of a cable or a battery. If you’ve got a battery, you still need a means of charging it. And if you’re in the military, you know that you never have exactly what you need exactly when you need it. Which is why South Korean battery makers have created the MetalCell, a magnesium battery based on 2,000-year-old technology that can be charged with saltwater or, barring that, urine.

MetalCell was designed with militaries in mind; on the modern battlefield, soldiers rely on a growing array of electronics to execute their missions, but when operating in remote areas or cut off from support, those devices can run out of juice at inopportune moments. But MetalCell can sit in the back of a Humvee, in a remote bunker, or in a locker at a forward operating base for years, waiting to power up electrical devices in a pinch.

The rugged little boxes are similar to the so-called Baghdad batteries dating to the early centuries A.D. that some researchers believe were the first voltage-creating devices. Fitted with magnesium plates inside, the MetalCell can be charged up with nothing more than the addition of saltwater. The sodium in the salt reacts with the magnesium to create a dose of low-voltage power that can power up laptop, a flashlight, night vision specs, etc. when no other source is available. The output can keep a laptop humming for more than four hours and can be recharged with fresh saltwater until the magnesium begins to deteriorate.

Soldiers can pool salt from their Meals, Ready-to-Eat (MREs) to create the a proper sodium solution, but failing that, soldiers could also charge up the MetalCell with their urine (and given the blandness of MREs, they might opt to). That’s an energy-rich resource a grunt can always lay his hands on.