While various cyber-attacks against US government and business targets are numerous and well-documented, America’s own offensive capabilities in this area... 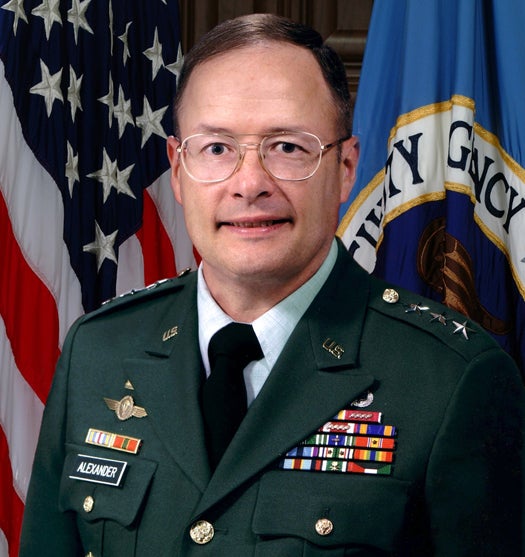 While various cyber-attacks against US government and business targets are numerous and well-documented, America’s own offensive capabilities in this area have remained mostly out of view. However, in his recent testimony before Congress, NSA chief Lt. General Keith Alexander reversed that history a bit, and confirmed that the US has, and is, engaged in offensive cyber-warfare. Alexander also explicated how cyber-combat factors into the general doctrine of legality of war.

Alexander is testifying before Congress as part of his confirmation as the new head of US Cyber Command. In that position, he will oversee the protection of the US data infrastructure. In his answers to questions from Congressmen before tomorrow’s in-person testimony, Alexander said that the US has responded to threats against the country in cyberspace, but declined to get into specifics. He also added that while military law doesn’t specifically authorize a country to retaliate with a cyber-attack, the law implicitly condones the use of retaliatory cyberwar.

In general, Alexander’s testimony reflected a policy that treats a computer the same as a rifle in a military context. For him, it’s a weapon, and faces the same deterrent, legal, technical issues as a fighter plane, nuclear bomb, or sharpened stick. However, it should be noted that Alexander also gave extensive classified testimony that no doubt went into more specific detail about the US’s cyber-deterrence and offensive capabilities.

Still, what Alexander did reveal is mostly new information for the general public, and with live questioning set to begin tomorrow, we should end this week knowing far more about US cyber policy than we began it.