MIT wants to take your viewing experience outside of the box 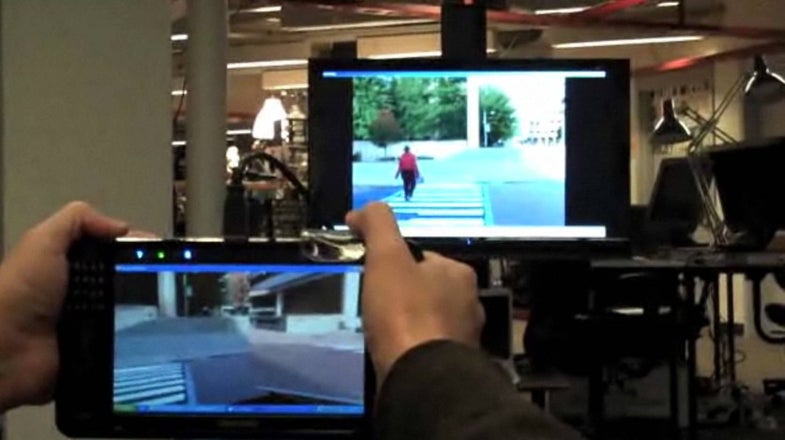 Surround sound at the movies allows audiences to get a 360-degree auditory experience, but MIT researchers want people to see the off-screen action as well. Their Surround Vision technology could let viewers turn toward the sound of copter blades and see the incoming helicopter before it appears on the TV screen.

A handheld Internet-connected device such as a smartphone could provide a personalized viewing screen, in addition to the main TV. Looking off toward the left or right would cue a new camera angle for the same scene to pop up on the handheld device.

The concept comes courtesy of Santiago Alfaro, who developed the thesis project under MIT Media Lab scientist Michael Bove. They envision the extra video perspectives streaming over the Internet to the handheld devices, so that there’s no modification needed for the main TV broadcast or set-top boxes.

Alfaro and Bove already have user studies planned for the spring and summer, and have brought in content partners to experiment with sports, live action shows, cartoons and even studio-like talk shows. People who don’t have the technology won’t even know they’re missing it, but the pilot program could lead to a new level of viewer interaction with their televisions.