Welcome to the post-touchscreen future 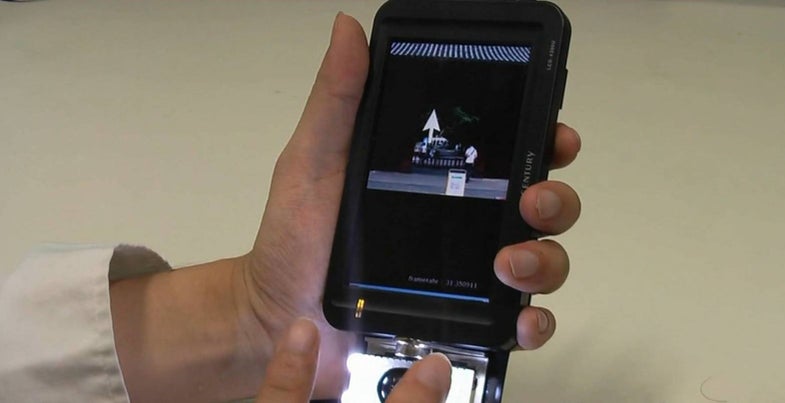 Touchscreens can start polishing their resumes now, because a touchless future is drawing closer for the next generation of smartphones. The ever-industrious Ishikawa Komuro Laboratory in Tokyo has enabled mobile devices to touchlessly recognize movements and gestures from user’s fingers, according to Geek.com.

That success relies upon a high-frame-rate camera and algorithm which tracks a binarized finger image to estimate its 3-D motion and posture, a la Project Natal. The camera can interpret a gesture similar to clicking a computer mouse button if the movement is toward the camera’s optical axis, by gauging the size change in the fingertip image.

That allows users to move their mouse cursor over a virtual keyboard and type by making a clicking motion. It also allows for zooming in and out of photos by simply moving the finger closer to or away from the camera, as well as a one-click picture grabbing action.

Given the Japanese lab’s past work developing the fastest robot hands in the East and the fastest book scanner ever based upon a high-speed camera, this application may not come as a total shock. And there’s a good chance that we could see the application appear in commercial devices sooner than MIT’s Minority Report mouse glove.