Does this herald a future where commanders get real-time intel from their warfighters' helmets? 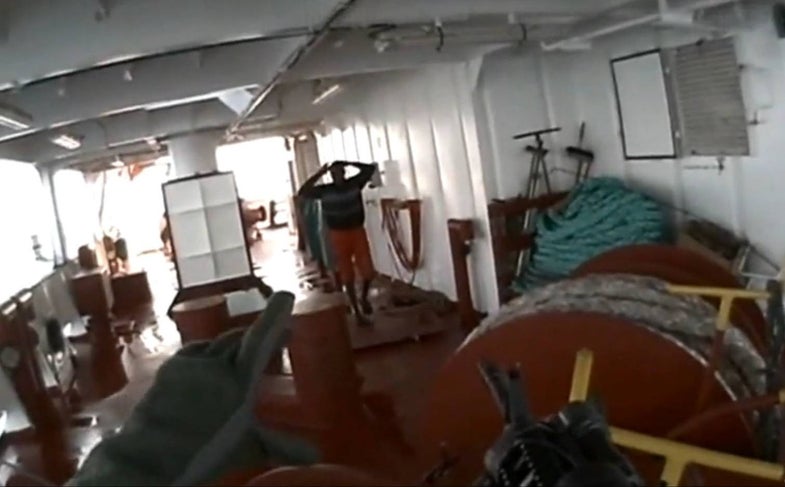 Video gamers and warfighters alike will appreciate this stunning first-person-shooter view of a Dutch marine boarding team taking back a German merchant ship from Somali pirates. It’s not hard to imagine many more soldiers of the future equipped with cameras so that commanders can have multiple on-the-ground views of rapid response operations carried out in real-time.

The marines were tasked with liberating 15 crewmen aboard the German merchant ship Taipan, which had been hijacked by 10 Somali pirates. The crew locked themselves securely within a safe room and called for assistance, according to a reader translation provided by the blog SNAFU.

Action kicks off fast and furious as the marines fast-rope down from their helicopter under covering fire and begin securing the ravaged ship.

This goes beyond the surface parallels between the real-life footage and a first-person shooter such as Modern Warfare 2, or even the blurring of military training and video games meant to boost warfighter abilities. That’s because this ain’t no game for the Dutch marines or the Somali pirates — rather, the military-style lifecasting footage gives commanders new situational awareness in either real-time or for post-mission briefings.

In any case, we’re certainly tickled to see how first-person-shooter camera angles have much more use than simply giving young moviegoers a thrill in a certain Kick-Ass scene.