Memristors to Be Used by Military to Create Simulated Brains 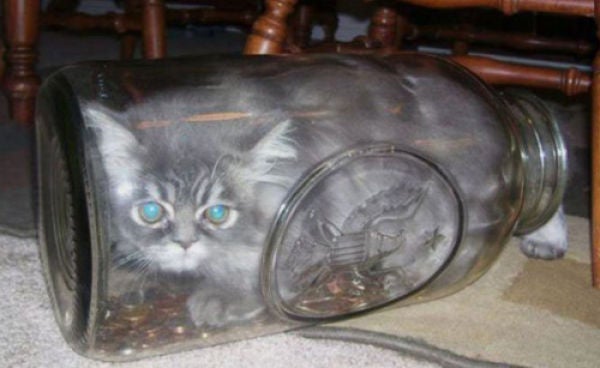 DARPA’s ardent desire to realize every sci-fi concept ever dreamed of continues with a biologically-inspired computer project which aims for feline brain functionality. But this time it’s pinning its hopes on memristor devices which can simulate the behavior of biological synapses in the brain.

Memristors can take on the role of traditional transistors in such computers by opposing the flow of current. They can also remember the last voltage they experienced, not unlike the brain’s synapses. Those signal junctions build stronger connections among neurons based on the strength and timing of signals, and form a basic part of how the brain’s memory and learning processes work.

Similarly, researchers hope to build a computer network capable of learning. Yet a massive supercomputing cluster consisting of 140,000 processing units still performs 83 times slower than a cat’s brain, said Wei Lu, a computer engineer at the University of Michigan. (Is he taking a catty swipe at Blue Gene?)

But Lu has now made progress, by connecting two electronic circuits with one memristor, and showing that they can remember the signal spikes which form the basis for learning and memory.

“We show that we can use voltage timing to gradually increase or decrease the electrical conductance in this memristor-based system,” Lu said. “In our brains, similar changes in synapse conductance essentially give rise to long term memory.”

Lu plans to develop a supercomputer packed into the size of a two-liter soft drink bottle several years down the line. DARPA’s hope is for that supercomputer to have the electronic equivalent of cat-brain intelligence — for instance, merely recognizing the shape of an object and being able to follow that object regardless of changing locations.

Of course, there’s cat brains, and then there’s cat brains. But it does seem like DARPA genuinely wants a supercomputer capable of thinking on some feline level, rather than just a clumping of simulated brain cells without any meaningful cognitive abilities.