Brain Scans Predict Who Benefits from Electrode Implants in Their Heads 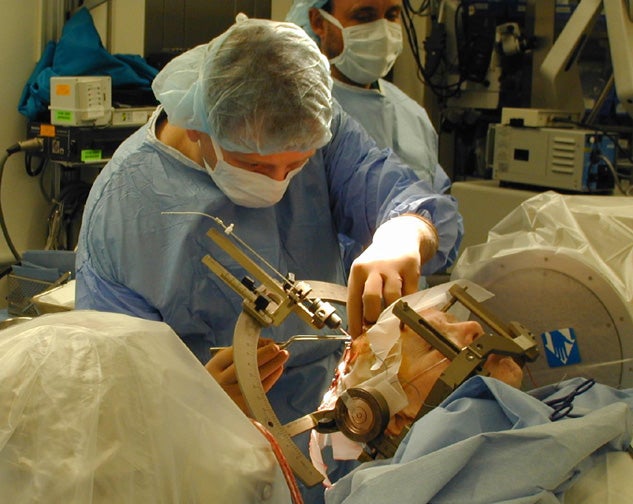 It's OK, we checked you brain scans. Arif I Dalvi/University of Chicago
SHARE

Electrode implants which zap areas of the brain have mysteriously helped ease the symptoms of crippling diseases such as depression and Parkinson’s. Now brain scans could help predict who exactly might benefit from deep brain stimulation (DBS), based on seeing which interconnected regions of the brain “light up” at the same time, New Scientist reports.

A new fMRI study showed that deep brain stimulation treatments seem to work by affecting a whole networked array of brain regions. Scientists focused on the subgenual region of the brain that tends to become hyperactive in people suffering from depression.

The study, conducted at Emory University in Atlanta, may do more than just offer treatment to more people — it has helped further our relatively paltry understanding of some of the brain’s most complex internal processes.