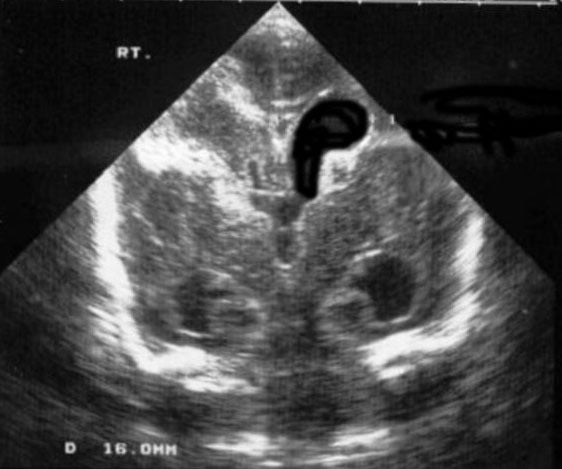 This is the brain of a British young man who was helped by the pioneering treatment. North Bristol NHS Trust
SHARE

Fluid buildup or bleeding in the heads of preemies can damage the developing brain or even prove fatal, but draining the cerebrospinal fluids through needles has not noticeably improved the health of such babies. Now a clinical study offers hope through a new technique that “washes” the baby brain with fresh fluid.

The study found that 27 out of 38 babies died or were severely disabled under the standard treatment, compared with 21 out of 39 babies that underwent the washout treatment. Washout survivors also had a lower rate of cognitive disability, and scored better on a mental development index.

The Drainage, Irrigation and Fibrinolytic Therapy (DRIFT) method, or ventricular lavage treatment, involves putting two tubes in the preemie brain. One tube continuously drains out the fluid putting pressure on the brain, and the other fluid lets clear fluid flow in. That overall effect slowly decompresses the brain, until the procedure is done. The tubes come out after the three-day washout procedure.

The randomized study published in the journal Pediatrics was funded by the Cerebra and the James and Grace Anderson Trust. This washout treatment probably won’t lead to old brains floating happily in their own survival tanks, but we’re glad to see a possibly effective treatment finally emerging for the young ones. And besides, the older brains might just require a squirt of stem cells in the future.