Apple's iPhone reigned supreme, followed from a distance by the Google Nexus One 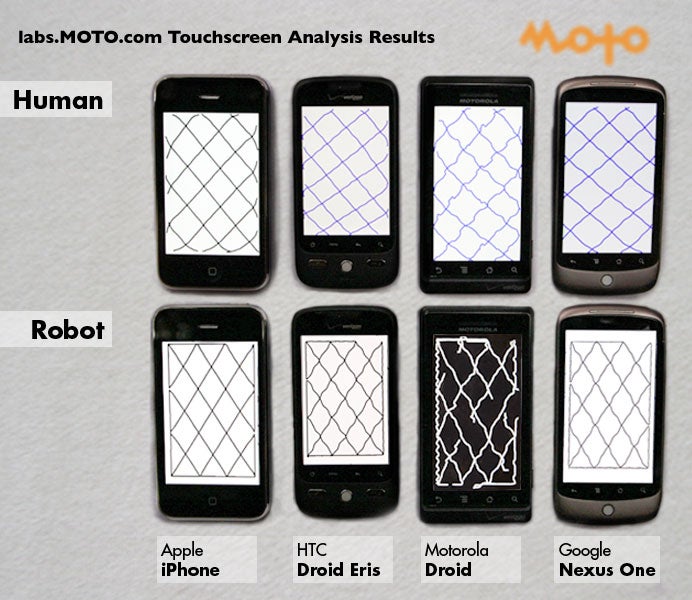 MOTO labs already won us over by running comparison tests of smartphone touchscreens, but commentators complained about the possible inaccuracies of a human-finger methodology. That prompted MOTO to program its lab robot to redraw the line patterns with a steadier yet lighter finger that truly challenged the sensitivity of each touchscreen.

The MOTO lab folk ran both “medium touch” and “very light touch” tests with the robot finger on each of the four smartphones previously tested with human fingers, and threw in a Blackberry Storm 2 and Palm Pre for good measure.

So who came out on top? Apple’s iPhone touchscreen bested the competition by a good margin, but Google’s Nexus One and the HTC Droid Eris also turned in solid performances. The Motorola Droid fared the worst and ran into trouble even on the “medium touch” test, while both the Palm and Blackberry devices showed signal loss on the “very light touch” test.

Take a look at MOTO’s light-fingered robot in action: